After spending two days in beautiful London, and working off the jetlag, I was quite eager to explore a city I’ve never been before. But before I start my recount of Sweden, I just wanted to give a little shoutout to RyanAir, I flew majority of my trips with them and I’ve flown with them in the past before, and they have been so good! For a cheap airline, they have certainly improved over the last few years. Their flights are on time and the fares are at ridiculous prices! One key factor is to book in advance, once you have your dates, start looking on low fare airlines! Also, it’s important to check in online, buy extra luggage online, print out your boarding pass, and make sure you don’t go over your luggage limit! I went over mine and they made me reduce it by putting some in my carry on, I was only over by 1 kg. Fail to meet these steps, they will make you pay a high fee at the check in counter. I saw it first hand when another customer failed to check in online and didn’t print out his boarding pass. The fee was higher than the flight ticket itself.

So where was I, yes so I’ve landed in Stockholm with no expectations of Sweden, mainly because I haven’t researched about the country nor where to go, what to see, basicall nothing! When I got there Sweden blew me away! I didn’t realised that Stockholm was made up of little islands that are connected to the mainland, there is just so much water everywhere you look, it was so beautiful. Oh and the fact that it’s in the northern hemisphere means during summer the sun doesn’t set til 10pm, or in Stockholm’s case the sun didn’t set at all! 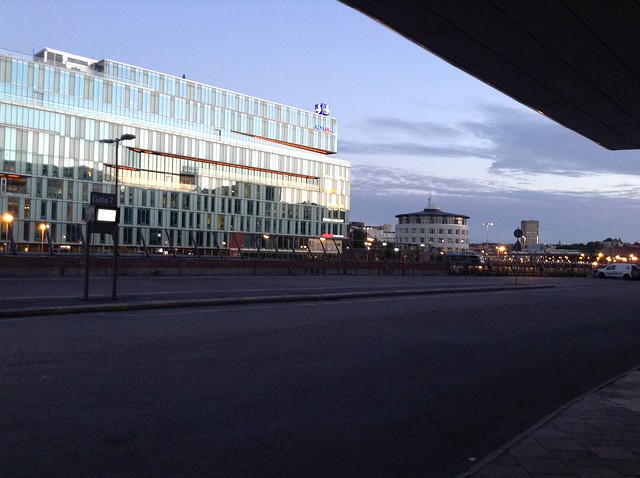 Stockholm Bus Terminal at 3am. 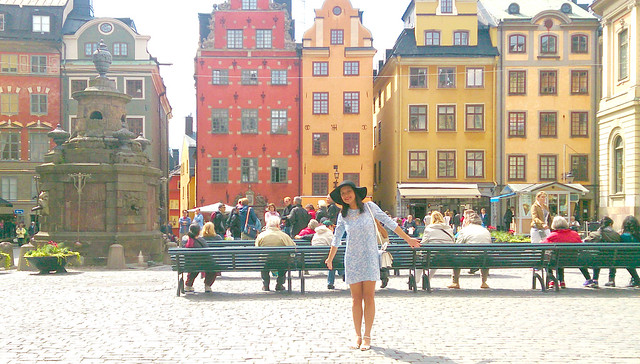 The iconic Old Town Square with the coloured houses is a definite tourist picture opportunity spot. 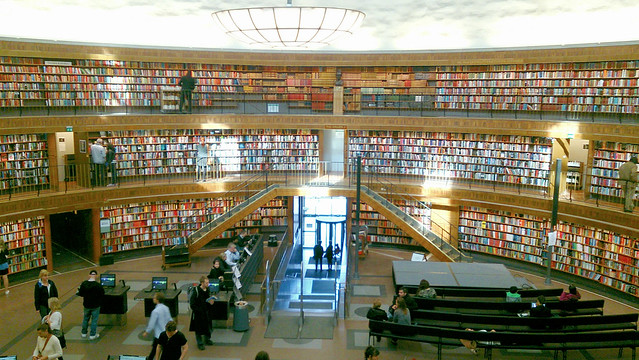 Like I said I had no real expectations or list of places I wanted to visit, but there was one place I wanted to check out and it was Stockholm’s public library. The architecture behind this building is incredible, the reading room is circular! It was visually appealing to the eye and just makes it so much more enjoyable when you’re inside. It’s about 20mins train ride from Central Station.

When I got out of the station I took the wrong turn and ended up walking the complete opposite direction, but having said that, the “scenic route” gave me a chance to see the more suburbia side of Sweden, and it was so zen and peaceful. Oh and I got hungry so I bought myself a hot dog, and it was the BEST HOT DOG I’ve ever had in my life! So if I didn’t get lost, I would have never experienced the best hot dog ever. A definite win in my books! 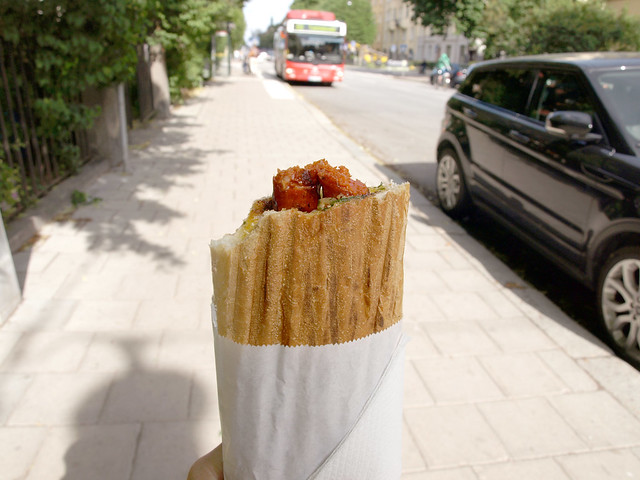 BEST HOT DOG EVER! So good I had to take a photo of it. 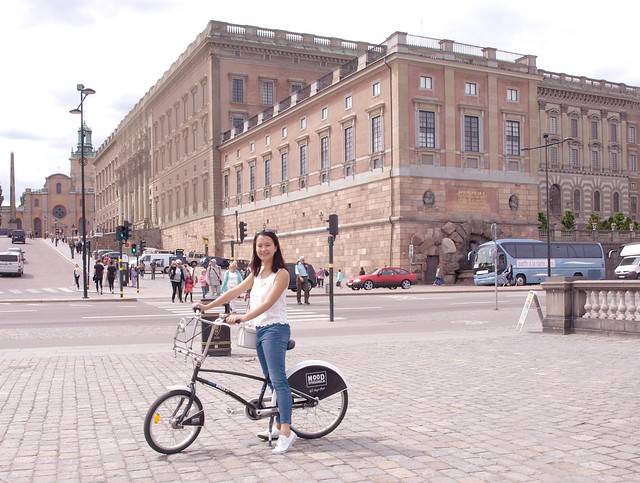 This is me in front of the Royal Palace. I should mentioned I’m travelling alone on this leg of the trip, a lot of my photos are either selfies, self timer or I got a stranger to take photos of me. This one is a self timer. Not bad if I do say so myself….I totally got the self timer button down pat (clearly I had a lot of practice). 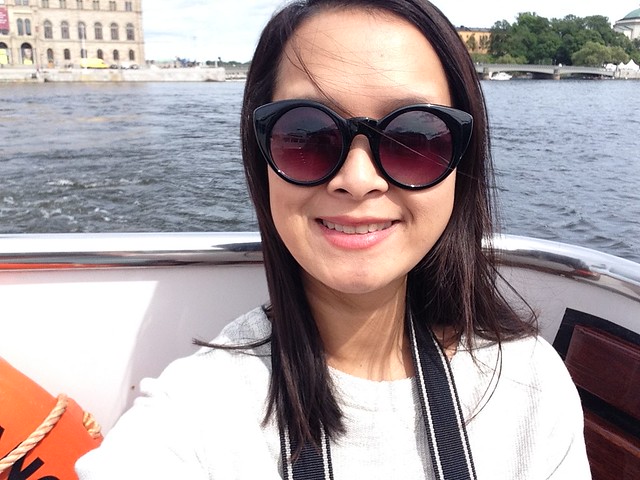 I took a ride on the Hop on Hop off boat down the canal and it was worth the 160SK, a bit expensive but you’ll see more of Stockholm that way, and it was quite lovely. 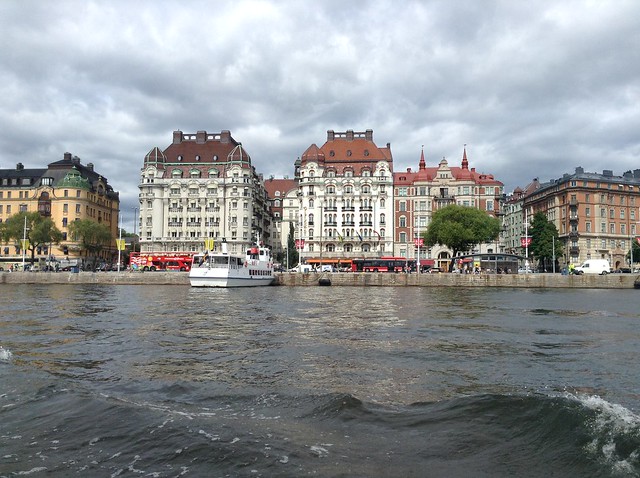 More beautiful architecture of Sweden, can’t get enough of it! 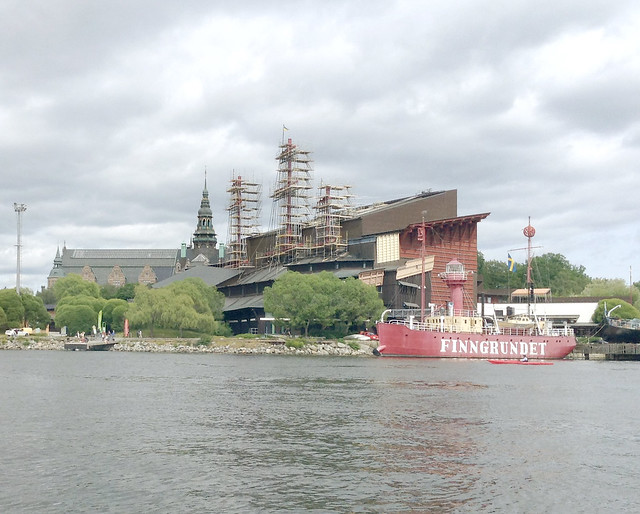 I went to the VASA museum, which rated quite high on Trip Advisor of things to do and see in Stockholm. It was worth a visit! I’ve never heard of it before other than a friend’s recommendation, but it’s literally a museum built around this big ship! The huge museum is dedicated to the story of how they restored the ship from shipwreck after it sunk on its first voyage! It was very interesting! Definitely worth the visit. 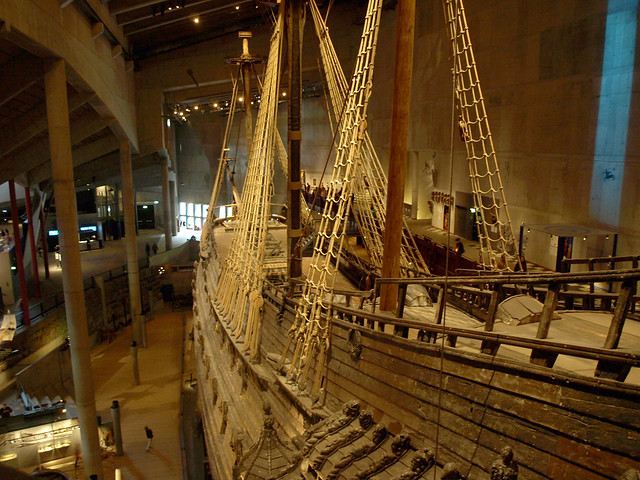 Inside the museum, as I said, it’s literally all about this one big ship! Quite an incredible story! 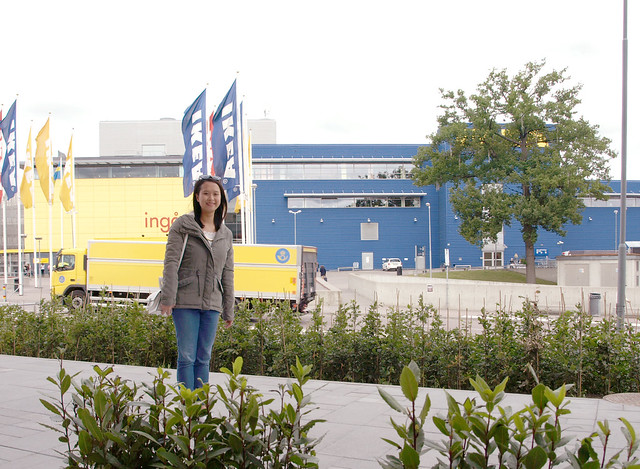 Yes I went to Ikea! I have mixed feelings whether I would recommend anyone else visiting Ikea while they’re in Stockholm. Mainly because it’s quite out of the way, but the good thing is it’s a free bus ride from central station and the ride is like 25mins and you get to see a stunning view of Stockholm on the highway. The downside is you’re going to Ikea, which to my disappointment is exactly the same as every other Ikea I’ve ever visited. I don’t know why I had such high hopes for the Swedish Ikea – thinking it was like the headquarters of all Ikeas. 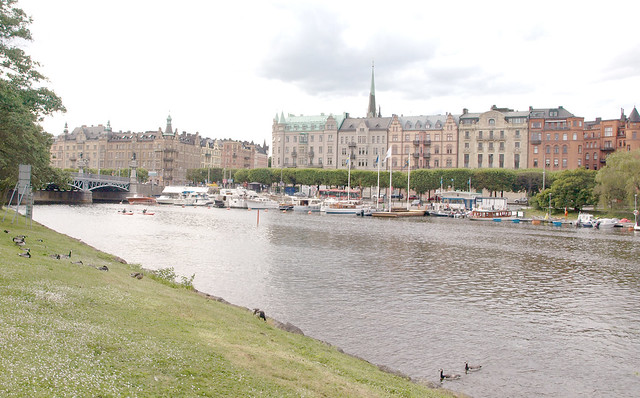 Majority of my day was spent bike riding around the city and getting lost unexpectedly. Getting lost while traveling is the best thing ever, it makes you more alert of where you’re going, and you always find interesting things along the way… 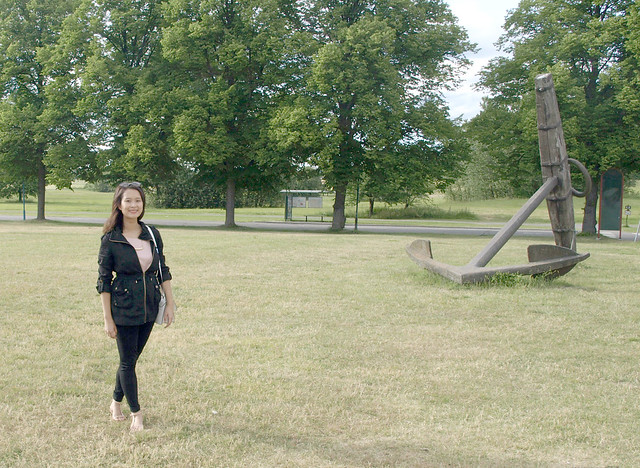 My Top Tips for Stockholm

I thoroughly enjoyed my 3 days in Stockholm! 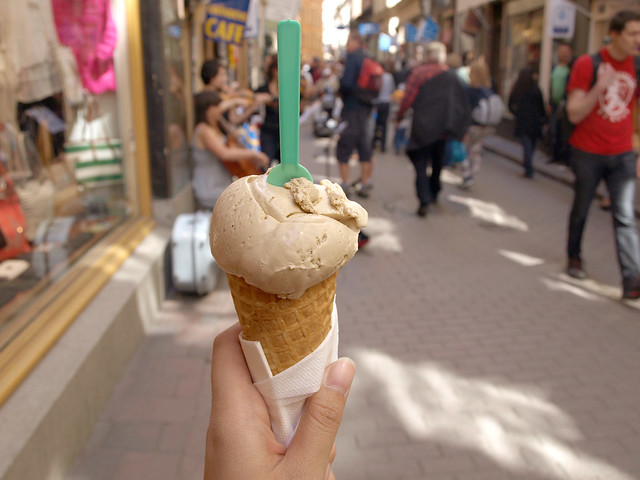