The clock strikes midnight. It’s officially my birthday and I’m 40,000 ft above the ground mid-flight to Beijing. I’m officially 28. It’s such a strange feeling to be celebrating your birthday on your own, and to be honest it’s not something I would recommend to others. If you are content with yourself and love spending time alone, then this is the best gift you can give yourself. This is my second time spending my birthday alone, the first time was in Japan, where I fell in love with solo travelling and soon started doing a few small trips overseas on my own.

My flight landed in Beijing just after 1am, and boy I was in for a culture shock! I don’t know why I was so shocked considering the flight itself was terrifying enough. Not the airline, nor the flight attendants, but the customers on board.

I was warned about mainland Chinese and how ‘everything goes’ when you’re in China, but to experience it right as you’re boarding the flight to china was just the beginning. I don’t know what was worst, watching the chaos of Chinese people boarding, pushing and shoving their hand luggage that was obviously over 7kgs (flight restriction, how did they get pass check in with that?!) or how they kept raising their voices to communicate to one another – only I kept thinking they were yelling at each other and a fight was going to break out, or how the lady in the row next to me opened a can of tuna and started eating it before take off (btw how did that can of tuna get pass security, the lid can be classed as a sharp metal object!) or how one of the passenger walked passed me and swung her handbag across my face and didn’t apologised.  But like I said, this was just the beginning.

After waiting an hour in line at customs (because only two counters were opened argh!) I collected my suitcase and discovered one of my wheels was damaged resulting me to half lifting it everywhere. Much to say China has not given me a very good first impression. I finally got to my hotel and got settled in bed around 3am and put my alarm on for 7am for my Great Wall of China tour in the morning. YAY for 4 hours of sleep…not.

The only good thing about lack of sleep is falling asleep very quickly on long car trips on tour. You wake up feeling refreshed for the next stop, it’s great! First stop was the obligatory tourist gift shop of some sort, our one was the Jade factory. It was interesting to see how Jade sculptures were made and how to identify the real ones from fake. I didn’t buy anything mainly after seeing the state of my suitcase and how poorly it was treated during transit I was scared not to buy anything that was fragile.

Next stop Ming’s Tomb! It was a quick 40 mins stop to check out the tomb of the great emperor of China, it was mainly the building that you see as the actual tomb itself is buried underneath and isn’t accessible to the public (or anyone I believe?). An interesting fact about this building is that it’s completely wooden when it was created it was built with no nails. There are 60 tree trunks inside to hold the building up. 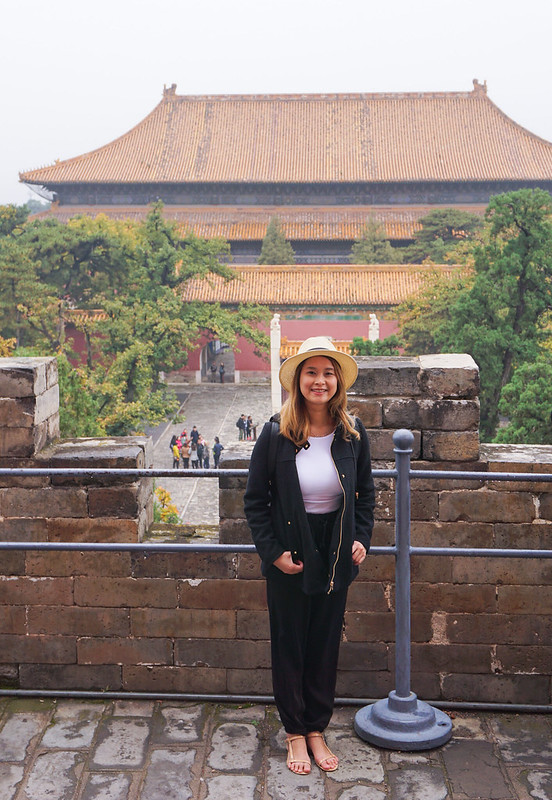 My feet were so cold! I wasn’t prepared for this weather at all… 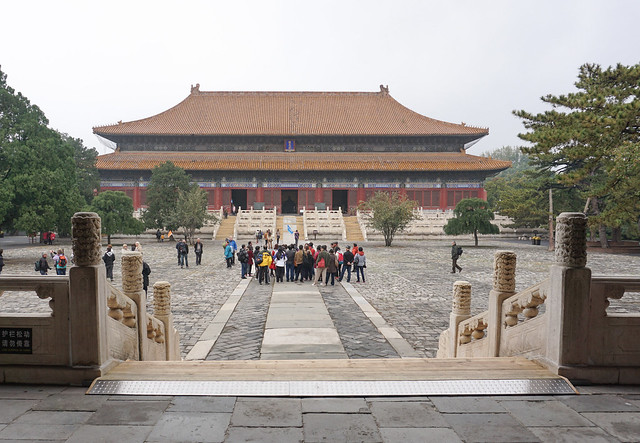 Next stop – Lunch! Lunch was not exciting but content. We were ushered to this big restaurant that can cater up to 1000 people at a time, and I’m pretty sure there were 1000 other tour groups having lunch there too. It was crazy how fast the staff worked to get everyone fed! We had a typical Chinese meal mainly aiming at tourists so your typical stir fry, soup, and sautéed vegetables.

Next stop GREAT WALL OF CHINA!!

I hate my birthday, I don’t like the attention, I don’t like aging, and I don’t like that people have an expectation that you have to do something to celebrate it. So three years ago, I decided I needed an attitude change, I would give myself the best birthday gift by taking myself on holiday. So, why did I decide to travel to China for my birthday? Why a not?! It’s one of the seven wonders of the world and there’s so much history surrounding such a big and important structure. Plus I’m slowly working down the list after already visiting Machu Picchu, and the Taj Mahal. I say slowly because I want to feel like I have the rest of my life to complete many more travel destinations and it is something I look forward to every birthday.

My tour took us to the Balding section of the Great Wall, and it was every bit amazing as I imagined. As you’re walking up the Great Wall you just pinch yourself how incredible the entire structure was, every step was a different shape and size, some even slippery. Our tour guide told us there was never a definite number of deaths tallied up during the making of the wall, but it was something as close to as one person per step and their bones were buried underneath. They died due to poor working conditions (not fed, poor weather conditions) not so much the actual structure of the wall – unlike the pyramids.

Fast forward to many tourist shots of me on the great wall. 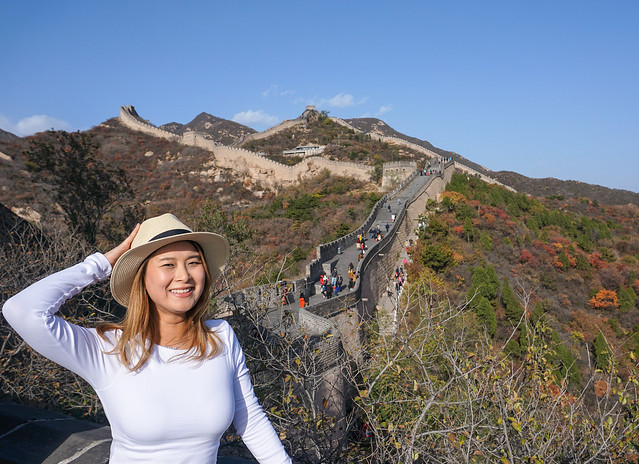 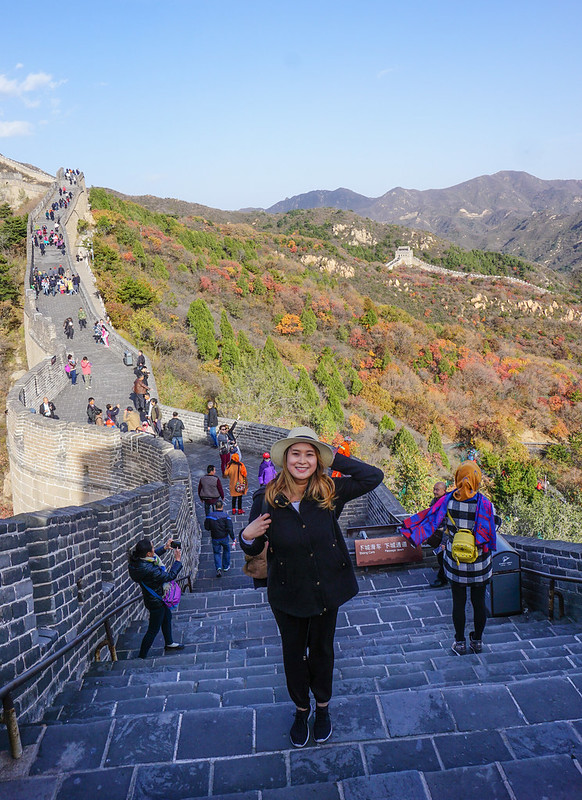 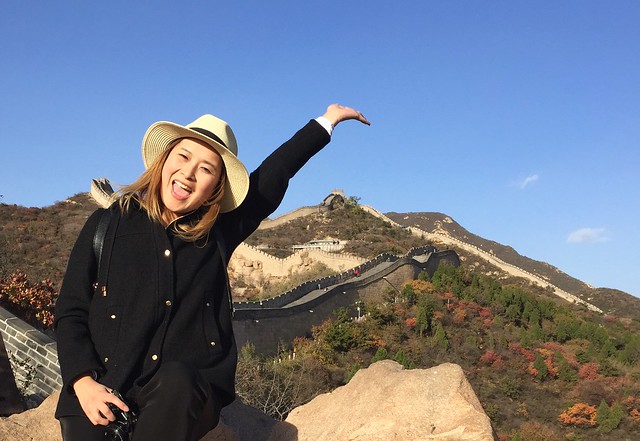 Okay, so this wasn’t my choice of awkward poses, it was so windy my hat kept flying off. Tip: Don’t wear a hat to the Great Wall, maybe opt for a beanie instead? 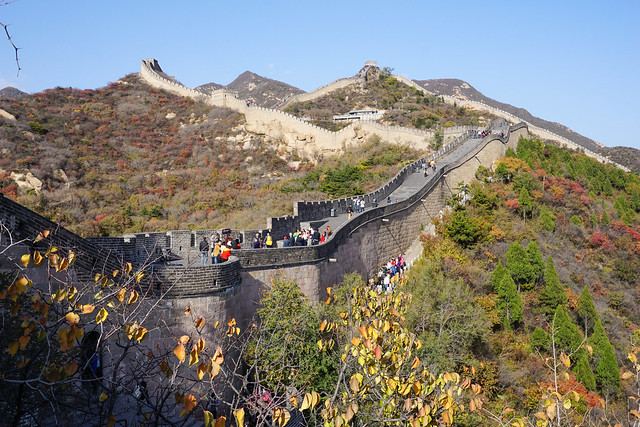 The Wall is great.

I highly recommend you to take the cable cart going up and down the mountains, mainly due to pure FUN! 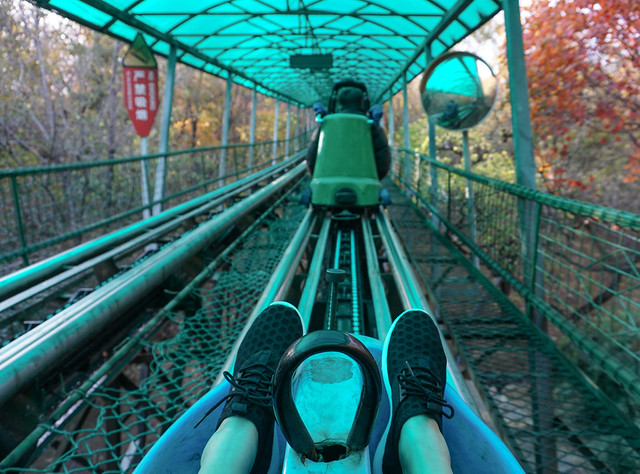 After the Great Wall it was a long journey back to the hotel where I experienced another famous Beijing treat – traffic. 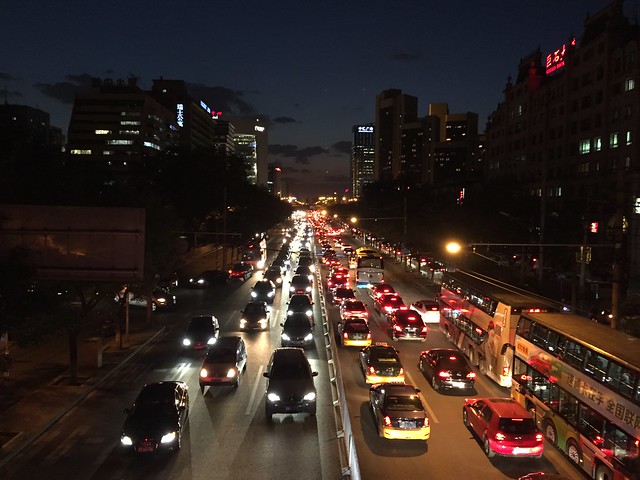 Bumper to bumper for hours.

I asked the driver to drop me off at Wangfujing the main shopping strip since the traffic was so bad it would have taken another hour to get back to my hotel. Luckily one of the other tour member was kind enough to accompanied me down the shopping strip and showed me the infamous Chinese delicacies. Much to say after walking down that street I had lost my appetite. 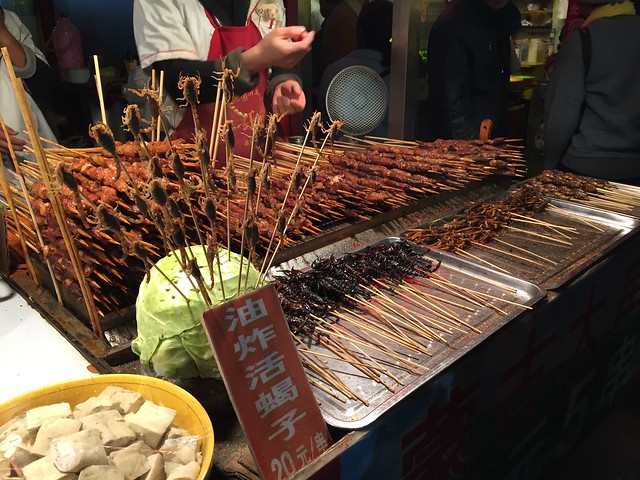 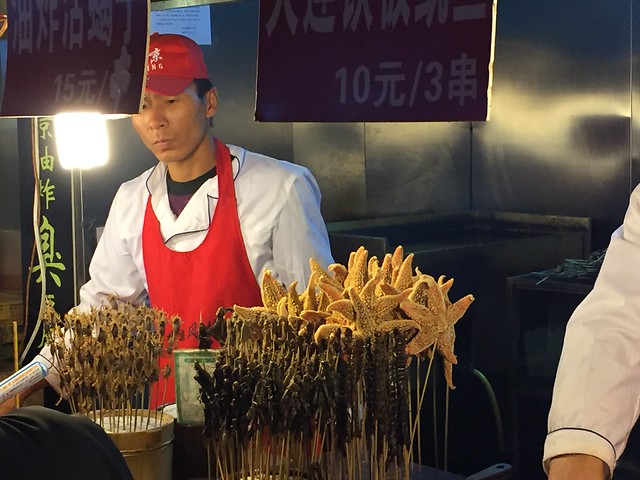 The next day I spent walking around the city and exploring the Bahti Park and just in general getting my bearings. So here are some more photos. 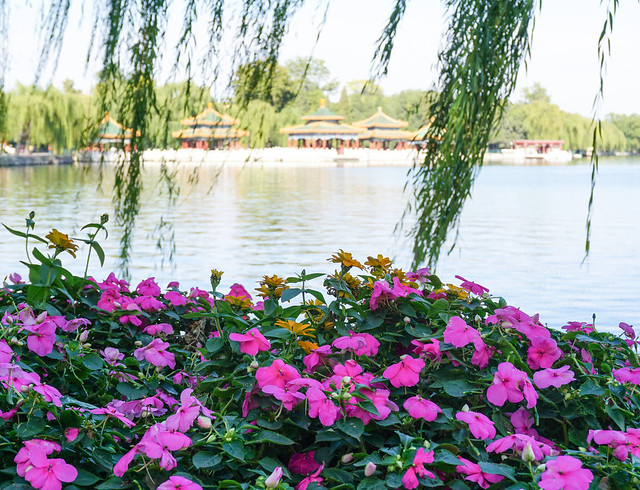 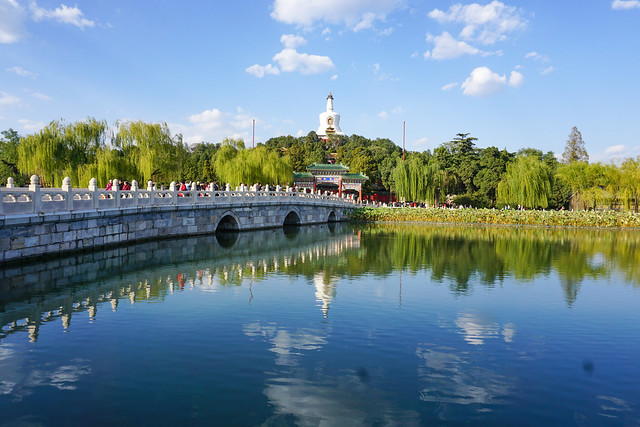 4 thoughts on “Can I tell you a story about the time I went to Beijing?”