Lots of my friends who have been to Budapest usually stay there for at least 3-4 days. Unfortunately I don’t have the luxury of time on my side. But I took it upon myself to see everything on my wish list in the 48 hours I was there as a challenge!

And it was totally do-able! This is how I did it, and it didn’t break the bank account.

I landed in Budapest at around 10pm, you catch the public bus 200E to the metro, roughly $2. Then a metro into the city center (Pest side) another $2. It is also worth noting Budapest is made up of two main sides, Buda and Pest – hence the name. Parliament House and the ‘Party’ scene is on the Pest side, where as Buda side will greet you with the Royal Palace and other historical sites.

I checked in my hostel at around 11pm, and immediately went out sight seeing, because why a not? It was a Friday night, the city was buzzing. My receptionist didn’t agree with me, warning me it was -6 degrees outside. I reluctantly agreed for him to call me a cab to take me where I wanted to go. Taxis in Budapest are not easy to catch as most of the time they will try to rip you off with a set fare. Unless you call for a taxis service with a meter.

My taxis dropped me off at Batthyany ter (you can also catch the metro here). This was the view from across the river. 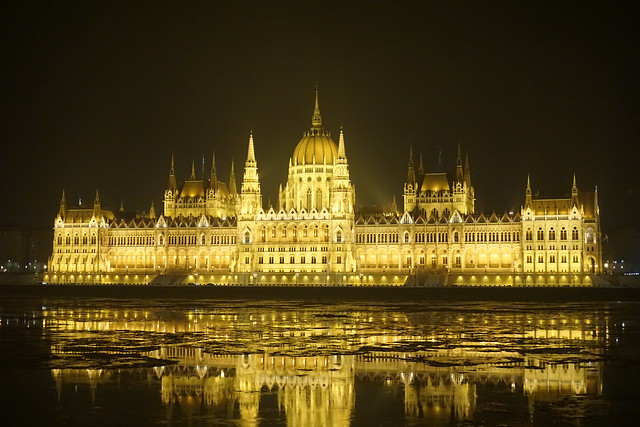 Parliament House all lit up at night.

After this, I decided to walk home, mainly because the scenery was too beautiful to not check out! 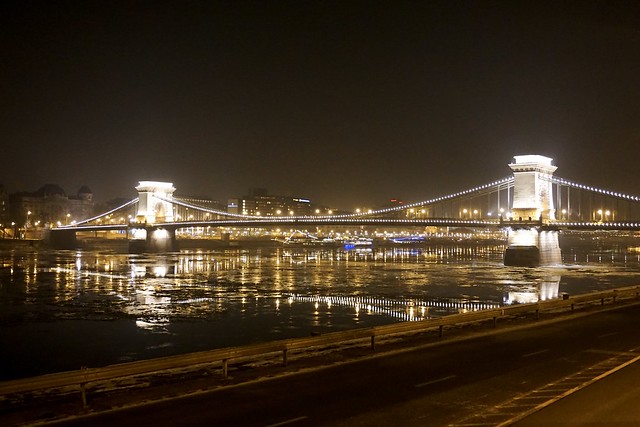 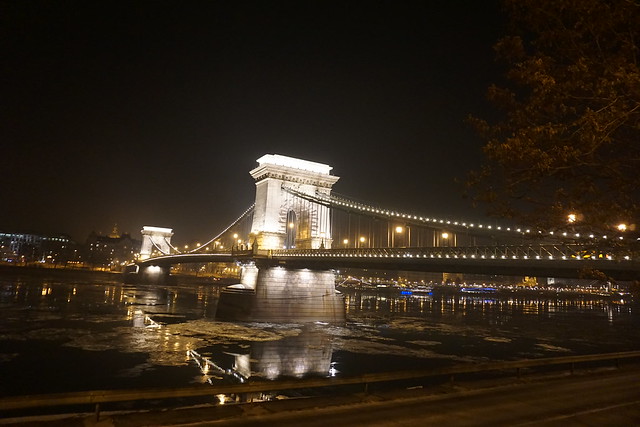 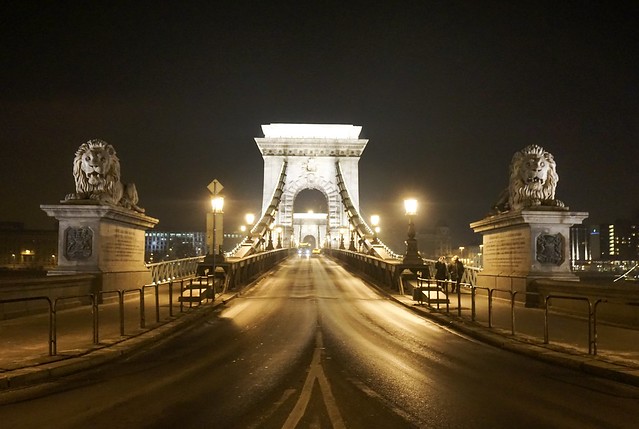 The next day, I opted for the Budapest day pass (also available for 2, and 3 days). This will give you unlimited rides on buses, metro, and trams, all for $7.50 a day. Bargain! Especially when you’re trying to cram everything in 48 hours. 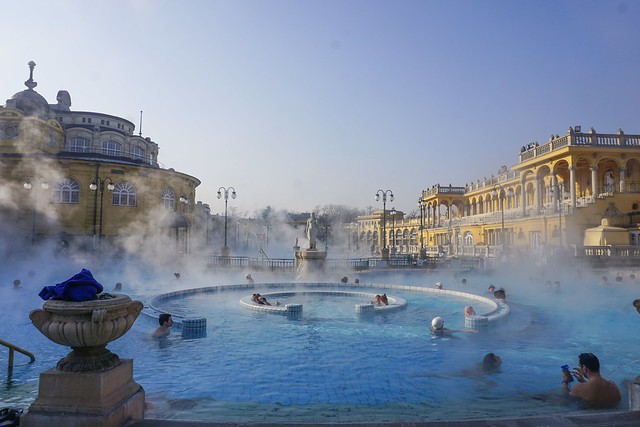 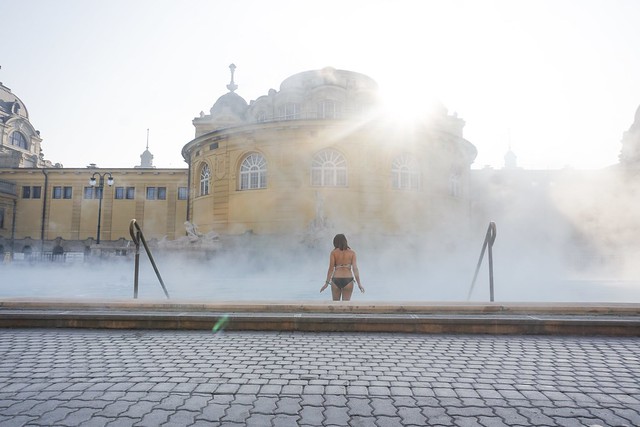 Freezing outside but toasty warm in the baths.

Other than tourists, the only locals you will find here are elderly people doing their daily aquatic aerobics. I spent roughly 90mins here before my hands started to wrinkled up. If you’re here during summer, you can also do their Sparty – the spa party at night.

After getting changed, and a short walk away from the baths, you will see the famous Heroes’ Square, a memorial area dedicated to the Hungarian war leaders. 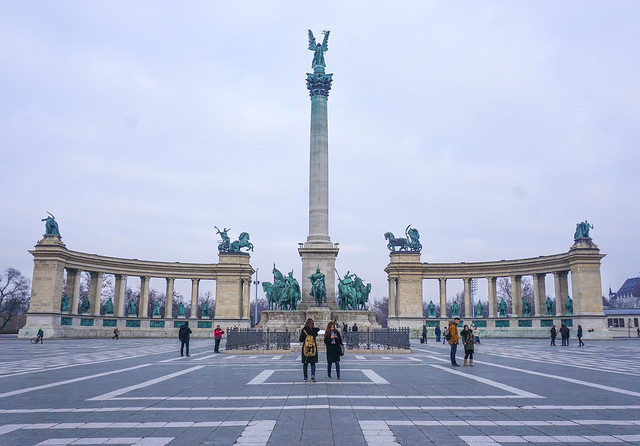 Also across the baths is a beautiful old castle Jaki Kapolna, it was worth seeing as surrounding it was a frozen lake. 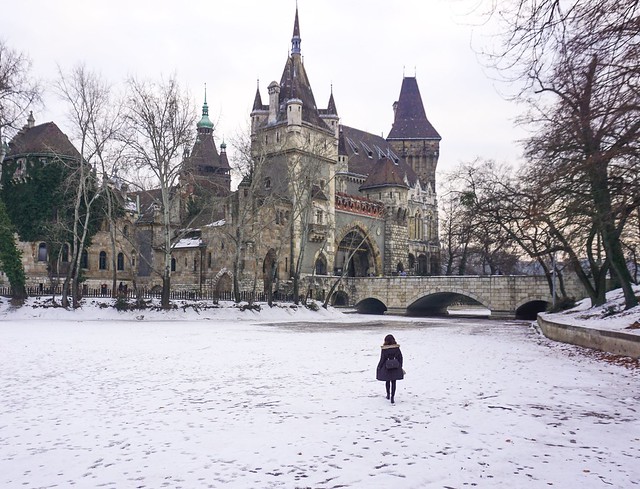 Couldn’t help myself going for a walk on the frozen lake!

After all this walking, I treated myself to the prettiest cafe I’ve ever been to! New York Cafe. 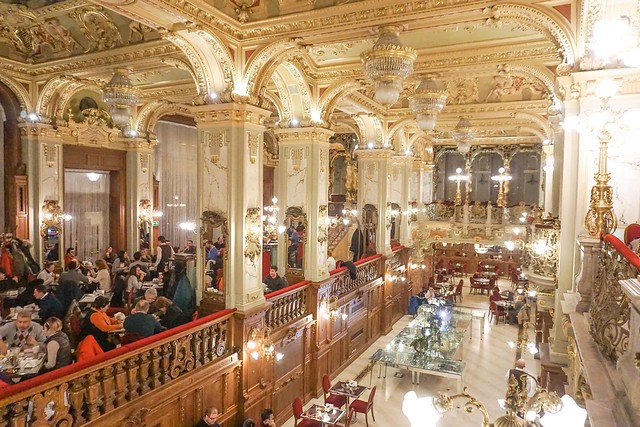 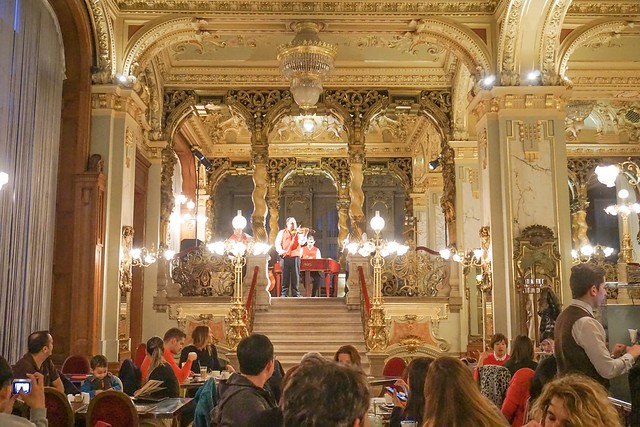 With live music and all that gold! 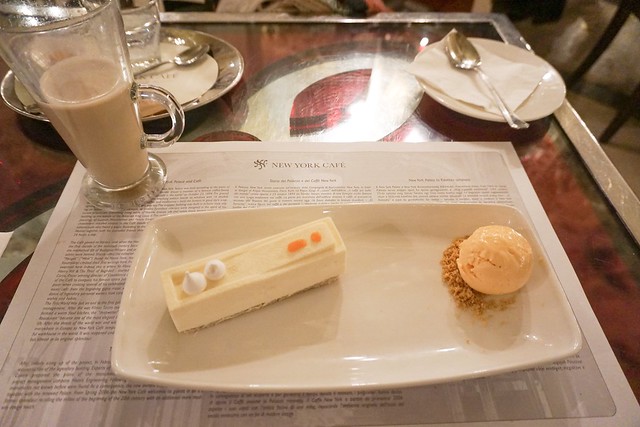 Other than dessert and coffee, they do offer a good selection in lunch/dinner options.

And of course you can’t come to Budapest and not go to a ruin bar. You can opt for a bar crawl where they take you to many different ruins, but one of the main ones was a 2mins walk from my hostel. 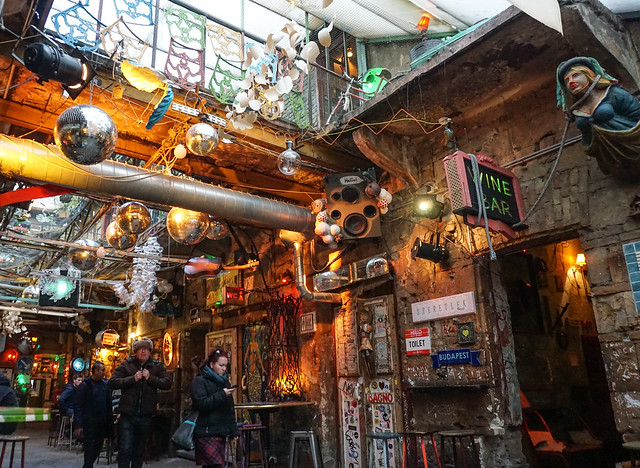 That night I decided to immerse in some culture by going to see a ballet at the Opera House. Onegin was playing, and such a beautiful ensemble! Even better yet, the Opera House itself was beautiful. 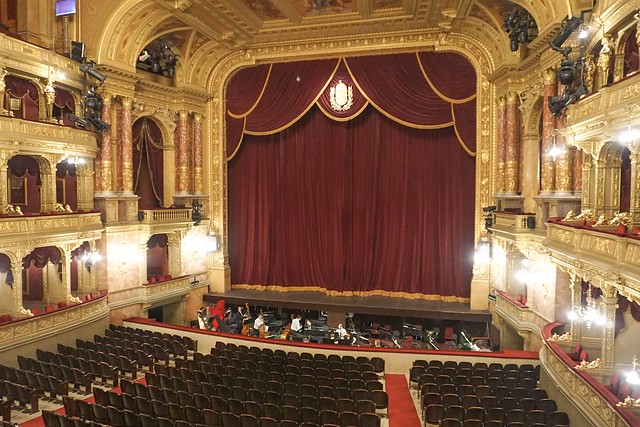 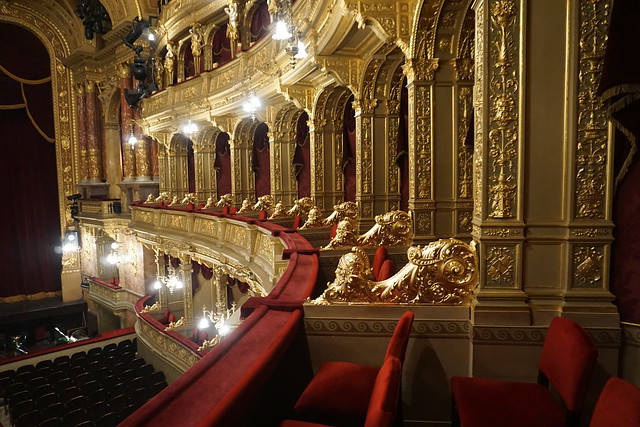 Another day calls for another Bath. 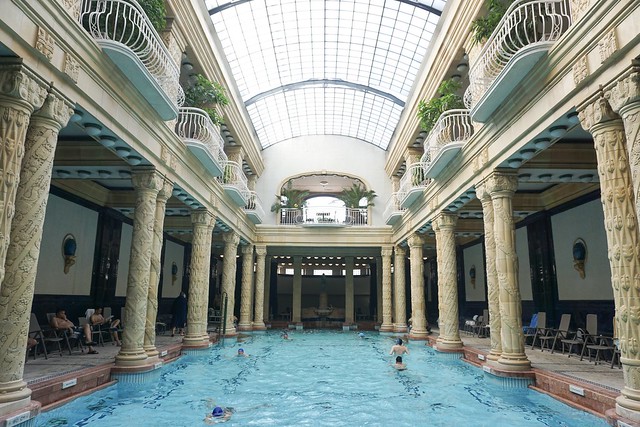 The Gellert Baths. I managed to pay a little extra to get a VIP massage – worth it.

After my morning spa session, I caught the bus up to Castle Hill. 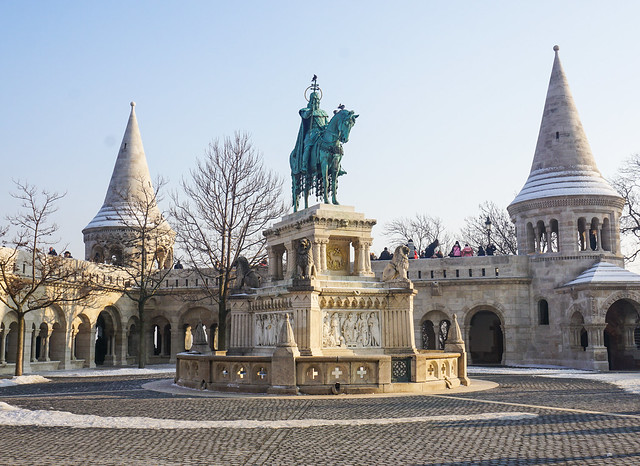 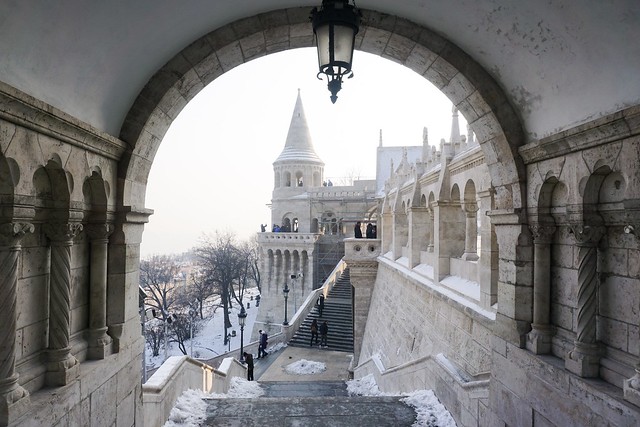 You can also find Matthias Church here, and Buda castle on this side.

I continued to walk down the river just as I did the previous night. 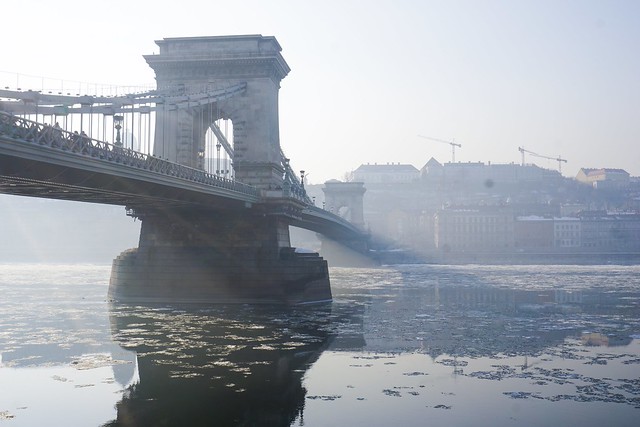 Chain Bridge is just as beautiful in the morning fog with ice floating on the water, as it was at night all lit up. 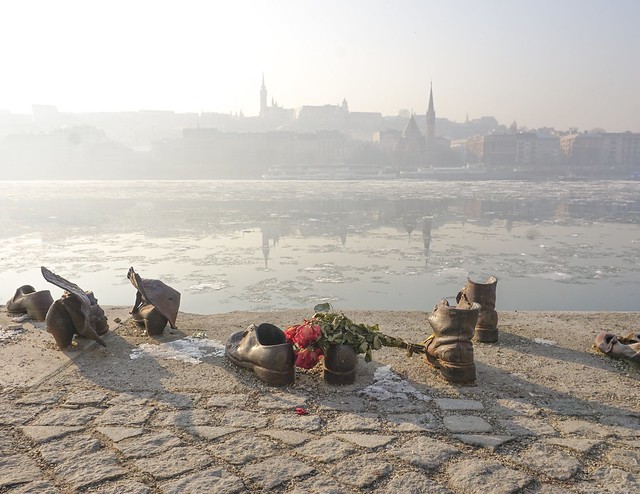 Walked along the river towards Parliament, you will find the Danube Shoes sculptures. 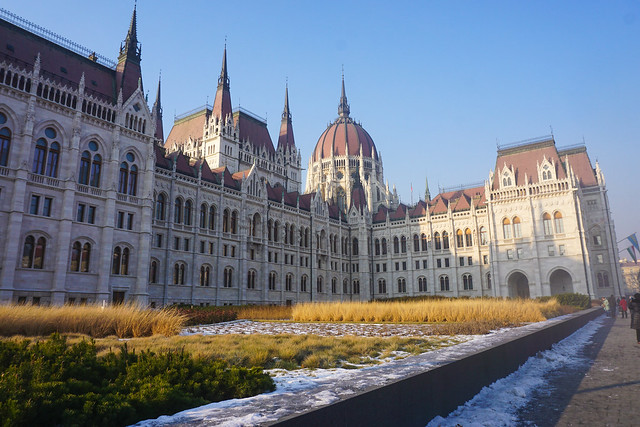 Parliament during the day. You can also do a tour of the interior of the Parliament if you have time! 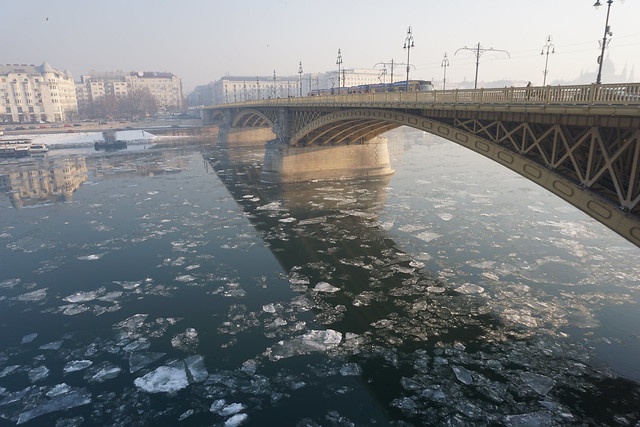 Walking towards Margitszigeti Island – which is just an island. During winter it gets quite quiet, you can give this one a miss.

You can then walk down to St Stephen’s Basilica. 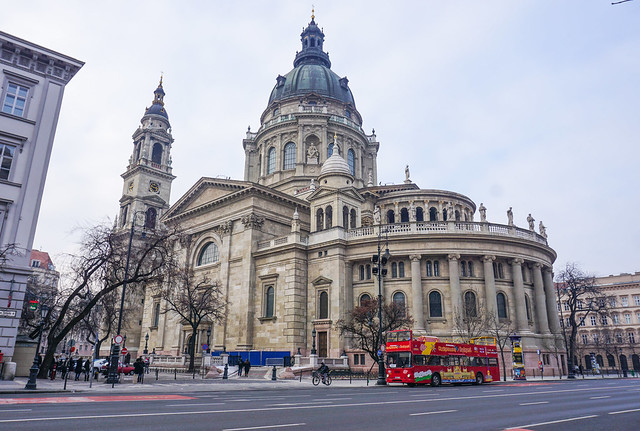 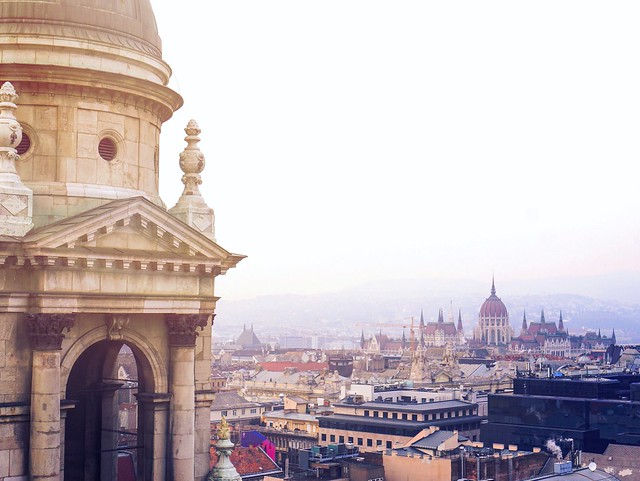 You can pay  2 Euros to go up the top to get this magnificent view of the city.

So there you have it, Budapest in 48 hours. I’m sure I’ve missed a few things, but I think I did a pretty good job in seeing the major sites. Budapest is just so photogenic.

One thought on “Can I tell you a story about the time I went to Budapest?”