The meteora is a hidden gem, slowly increasingly popular which is why you need to see it before it gets too crowded! It is a UNESCO World Heritage Listing and is beautiful to see in any season!

I spent 3 days in Greece mainly to visit the breathtakingly beautiful sites of the Meteora. For those of you who didn’t know, Greece is 80% mountain ranges, it’s more than just beautiful party islands and crystal clear blue waters. The meteora is a rock formation north of Athens, home to some of the most beautiful monasteries. Nowadays, due to the high intake of tourism, the monks have migrated else where. There are still some monks practicing in the monastery but it’s quite hard to live a life of solitude and peace when you’re bombarded by tourists everyday.

My best friend from Australia met up with me in Athens on our first night, then the next morning with our pre-booked train ticket we jumped on a 5 hrs train ride to Kalambaka.  The train ride itself isn’t that bad, the view of the countryside was pretty spectacular! I know my ONE photo from the train doesn’t cut it.

Once we arrived at the train station we got a cab to our hotel – which I would highly recommend purely for the gorgeous view! And like everything in Greece, it’s affordable! 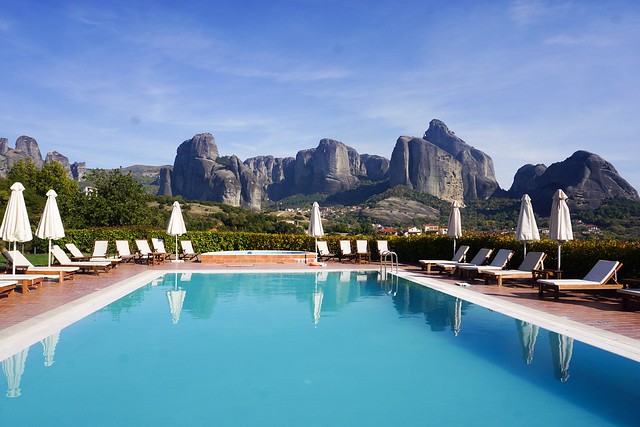 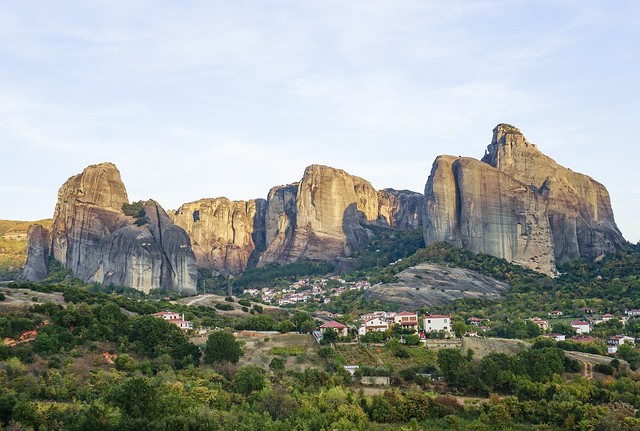 View from our room’s balcony. 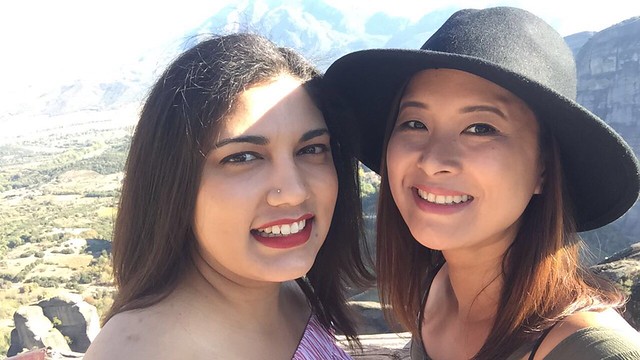 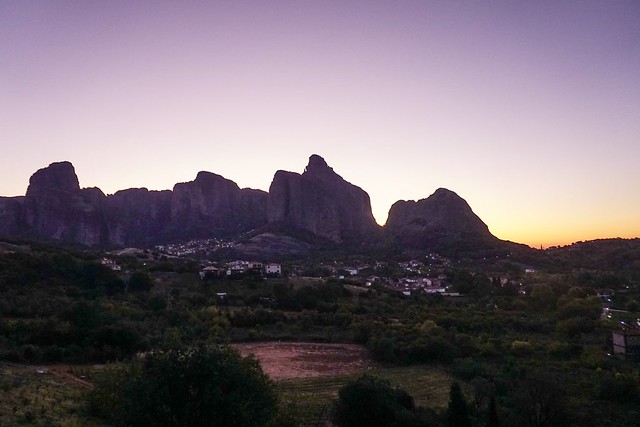 View at Dawn. Imagine waking up to this view everyday? 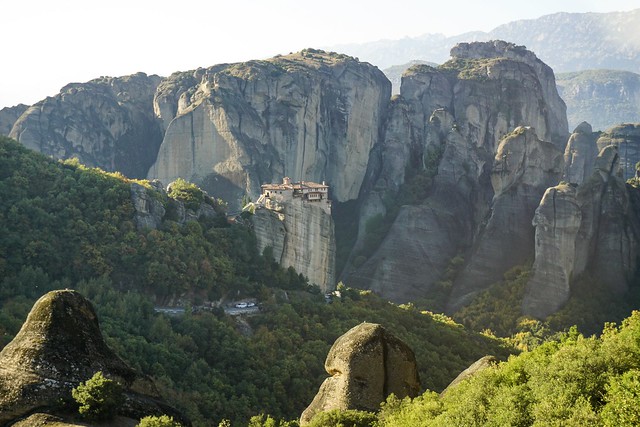 We spent the next day doing a full day tour trip, we added the half day tour with the sunset tour. This also gave us 2 hrs break in the town center where we grabbed some lunch. By the end of the day we were monasteried out. 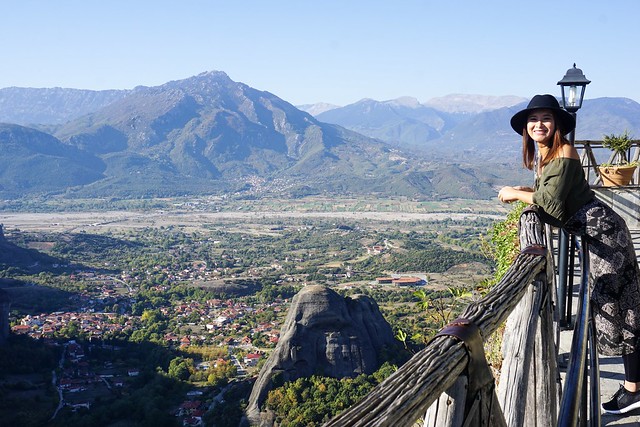 View from the Great Meteora Monastery. All females are required to wear a skirt, even if you’re wear trousers they will still give you a skirt to wear on top. 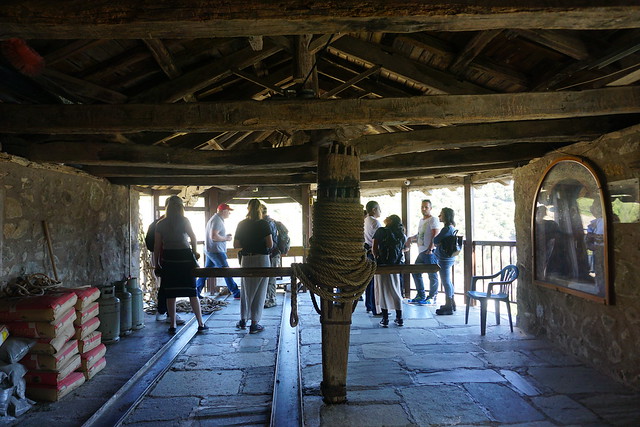 On our tour we learnt how the monasteries were built back in the days, and as you can see here they had their old pulley system/elevator which were not safe as it was a 200m drop. 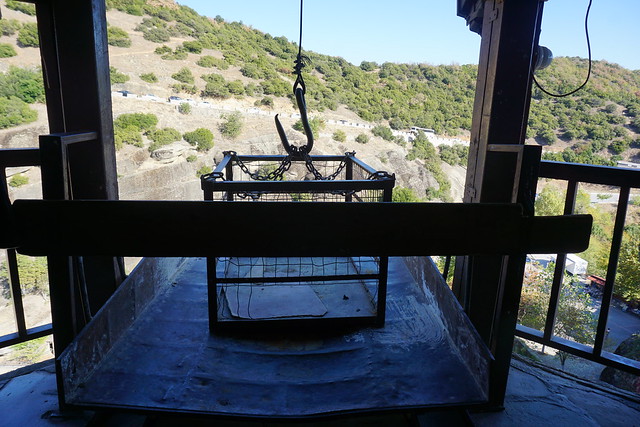 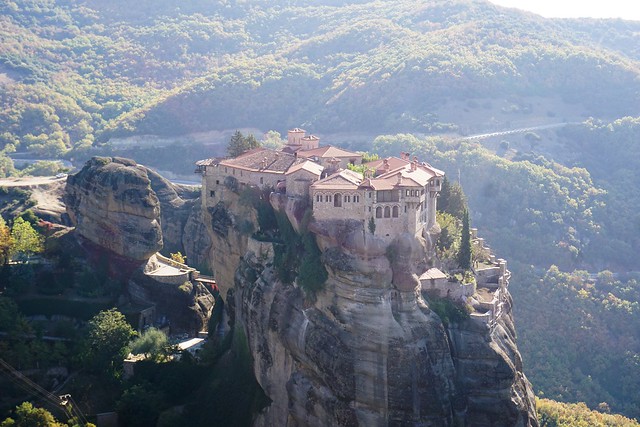 An interesting fact about these monks monasteries; it was mainly for men who wanted to join but due to a big fire they had to let the women in to help them put out the fire, from then on females were allowed in the monasteries and soon after built their own monastery in the meteora. 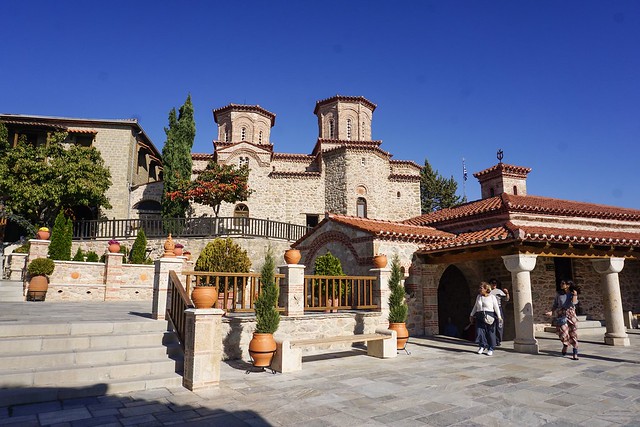 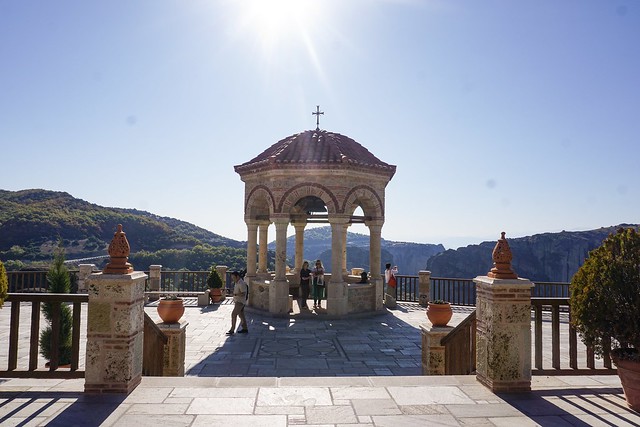 On this tour you would be visiting around 3 monasteries during the half day tour, and 2 during the sunset tour.

It’s nice to see the views of the meteora from the different viewing points of the monasteries. 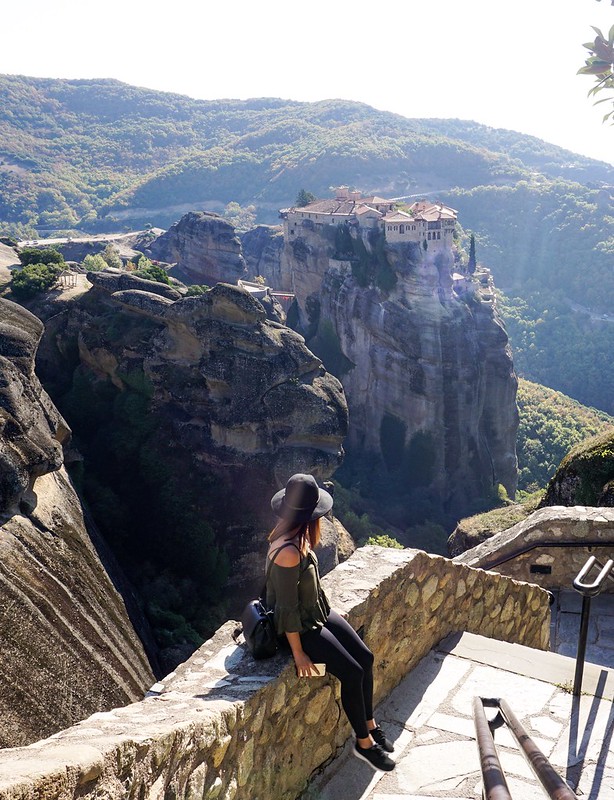 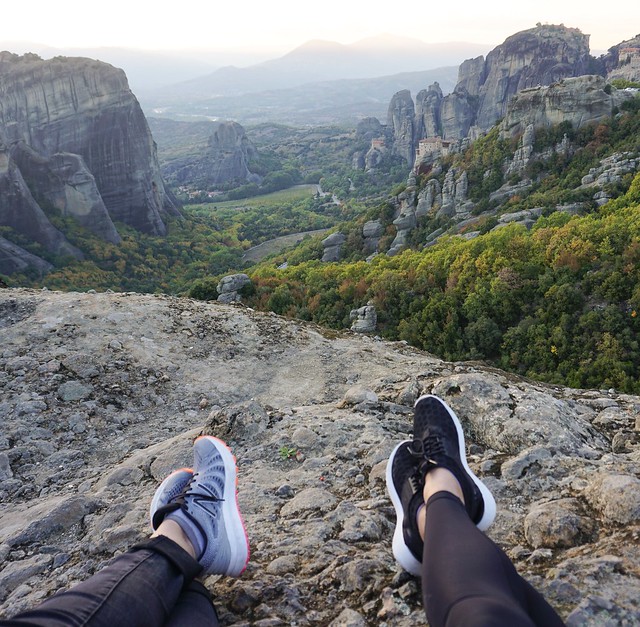 Enjoying the sunset with the bff.

In terms of where to eat, we had dinner at Meteora Restaurant and it was delicious! 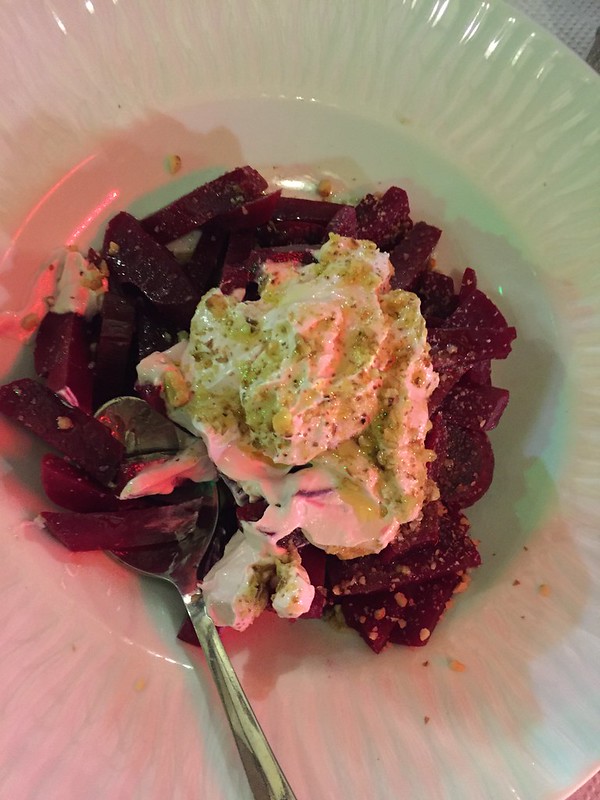 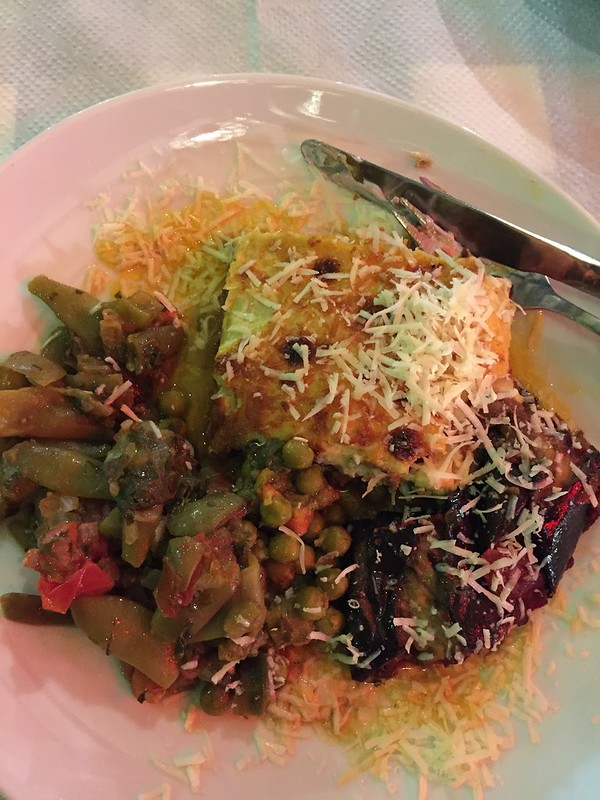 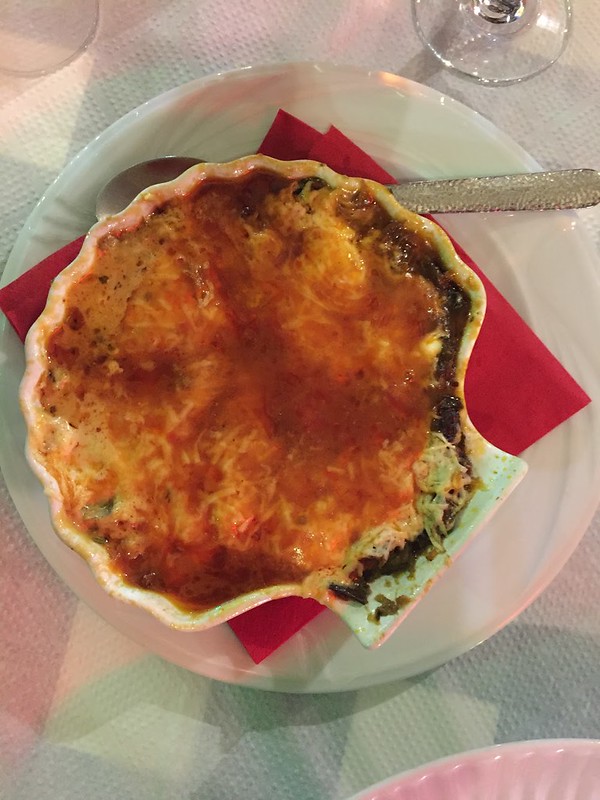 …I think this was the eggplant. Everything was so good it doesn’t matter what you order – you will love it! 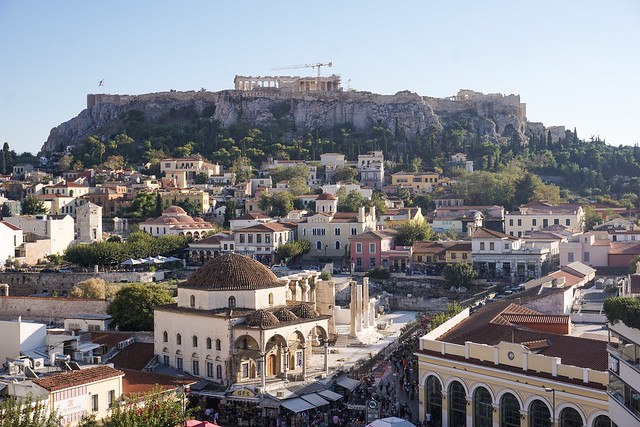 The following day we got back on the train to head back to Athens. If it wasn’t for the long train ride, I would have loved to spend more time in mainland Greece.

This was our view at lunch, a rooftop restaurant at ‘A for Athens Hotel’ 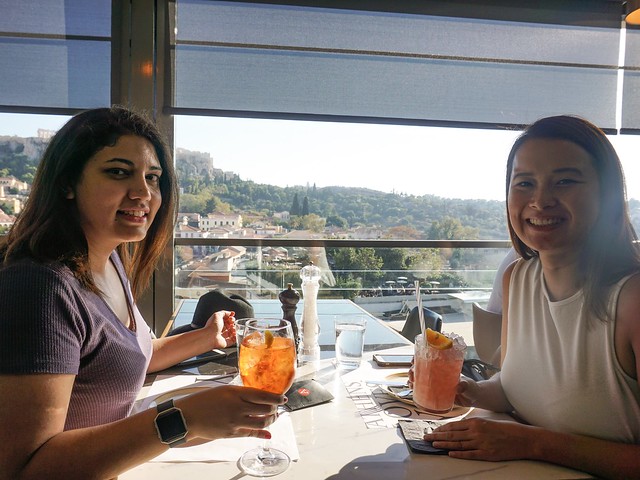