I spent my 2nd cold Christmas in Belgium, and it was one of my favourite Christmases! Aside from the fun in Belgium, a lot of it was down to the people I spent it with. As I reflect on my year and how it has become my best year yet, I’m so thankful for everyone who I surround myself with and all of the people I’ve been lucky enough to have met on my adventures. It’s true what they say about travelling, it does enrich your life more than just the destination.

We spent 4 days in Belgium, based ourselves in Brussels and doing day trips to smaller towns, as the Belgian train system is easy to navigate. On our first night we spent a lot of time at the Brussels Christmas markets, which was one of the biggest I’ve ever been to, mainly because it’s so spread out.

Went for a walk to The Palace square of Brussels, we then came back later that night to see the fun light show that was on display. 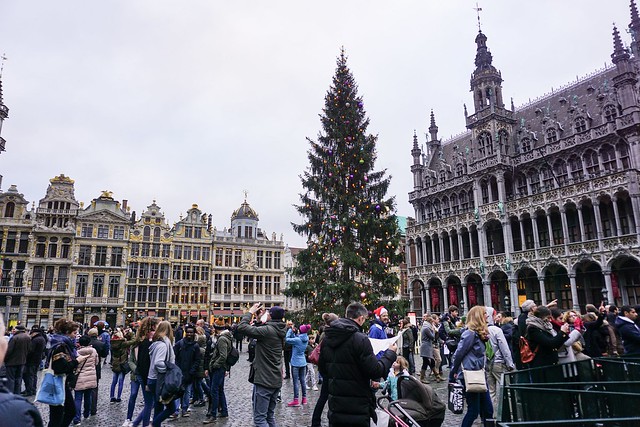 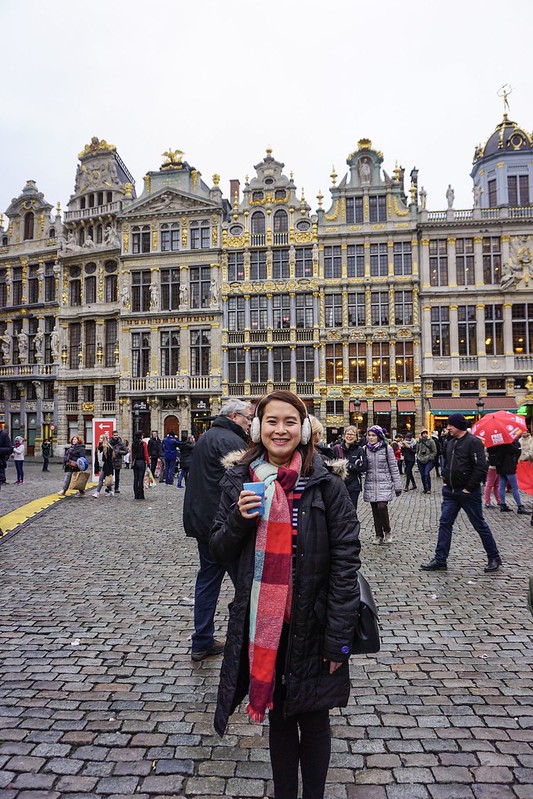 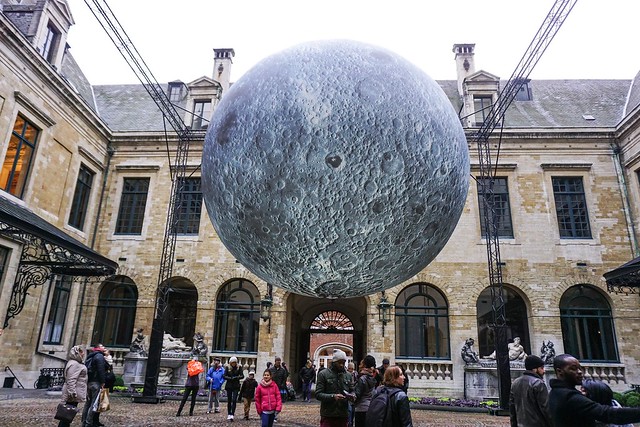 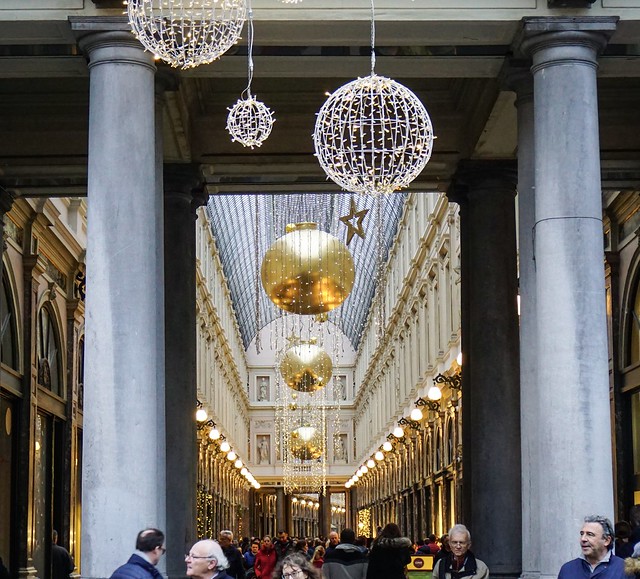 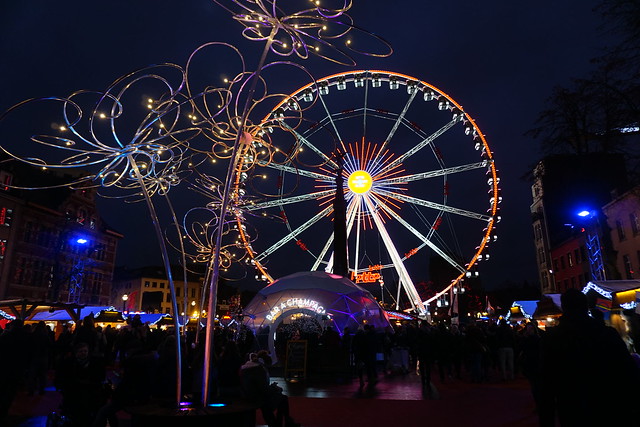 View from the Ferris wheel. 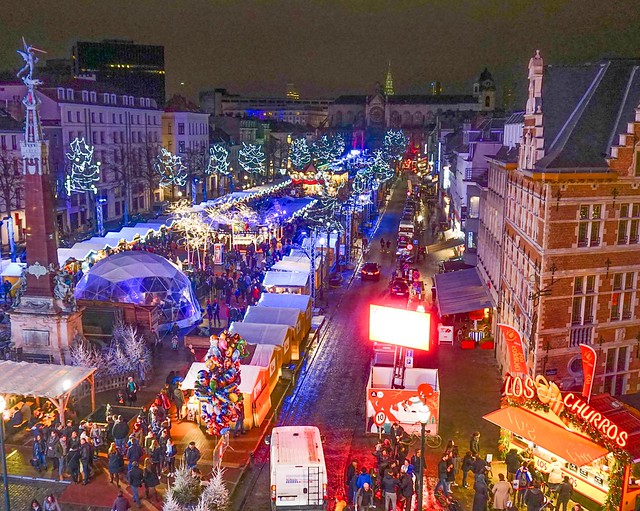 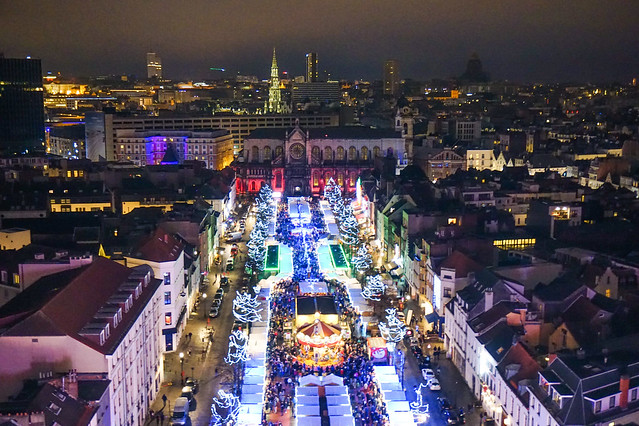 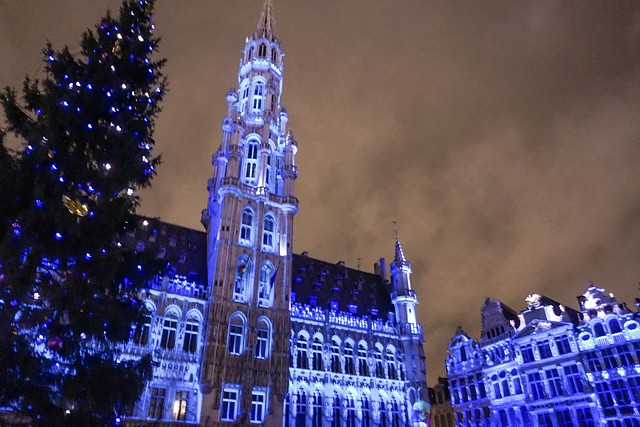 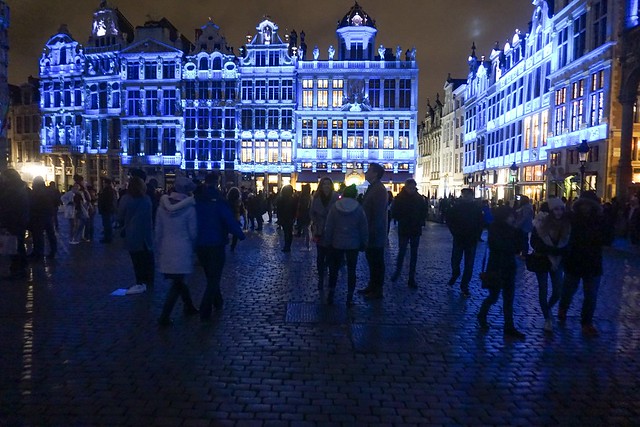 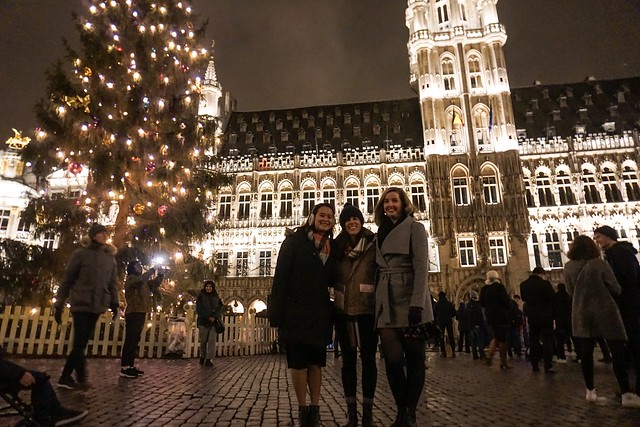 The infamous Drug Opera pub – was once a drug store. 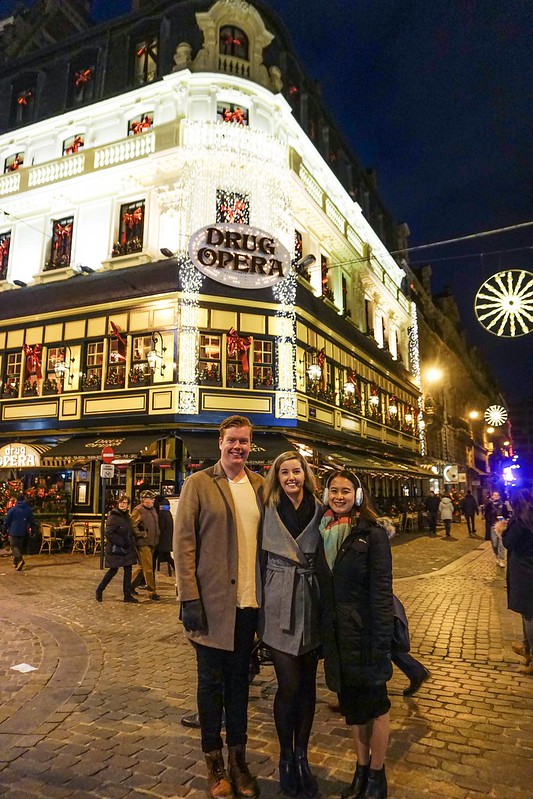 Brussels turns it on for Christmas! Every street and alley way is decked out with Christmas decorations and lights! 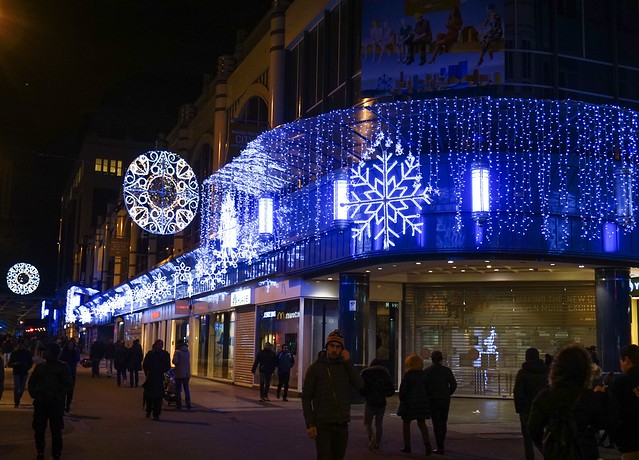 The next day we took a train to Bruges, a return trip is about €20 and it’s only an 1 hr train ride. 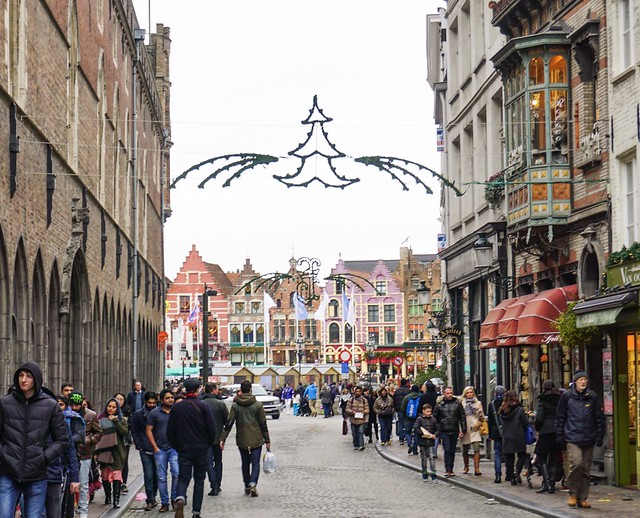 The colourful buildings of Bruges. 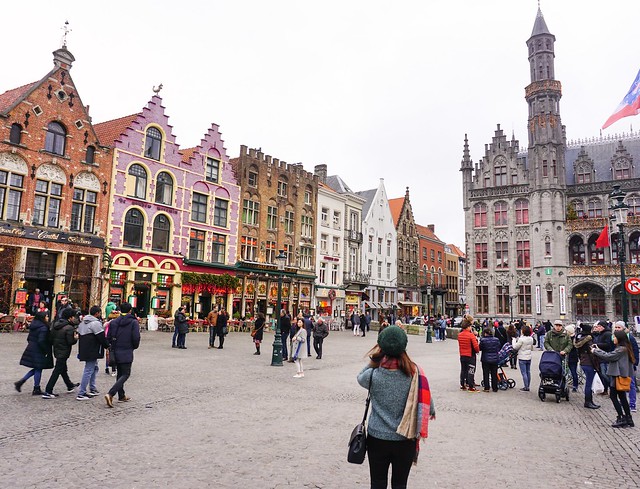 Christmas Markets in the main square equipped with an ice skating rink! 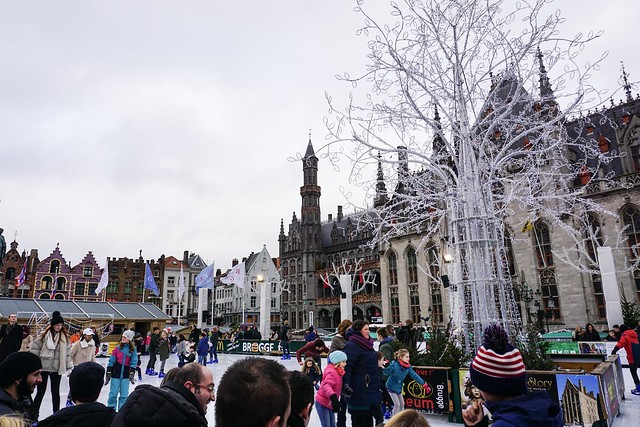 You can’t go to Belgium and not have their famous frites (fries) and mayonnaise. 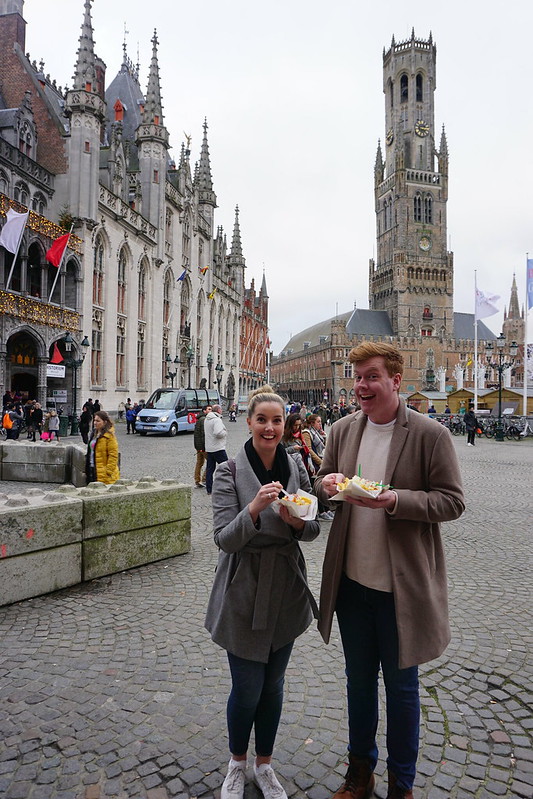 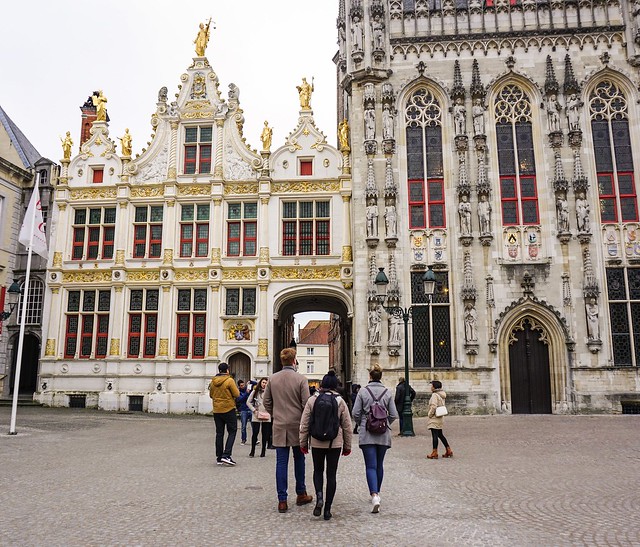 Wandering around the picturesque town of Bruges. 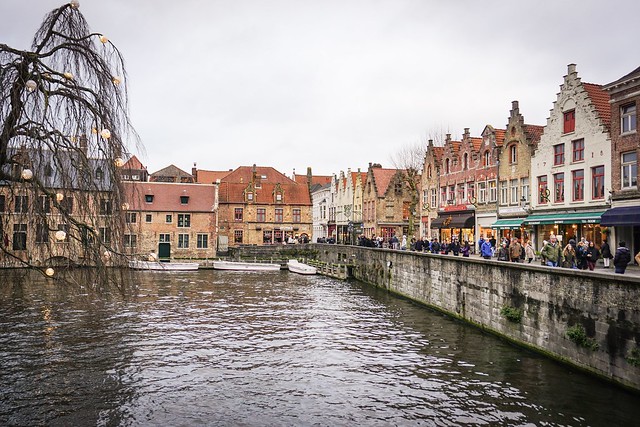 Later that night we watched ‘In Bruges’ which is a movie set in Bruges, it’s fun recognising the sites in the movie as we’re watching this dark comedy.

The following day was Christmas and we spent most of it in our apartment cooking, playing games and stopped by the Christmas markets again as Europeans tend to celebrate Christmas eve than Christmas Day. We checked out the infamous Pink Elephant pub Delirium where you can try 2000 different beers. I had the apple beer which I found easier to drink than cider! I quite liked it.

Christmas Dinner at Restaurant Vincent with this lot! 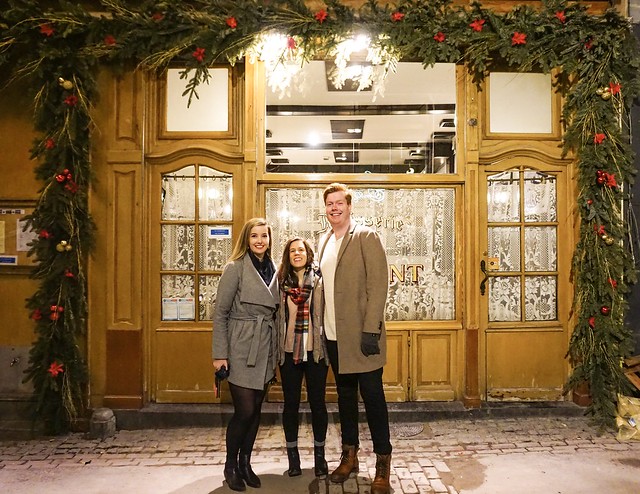 On our last day we went to Leuven, which was 20mins on the train from Brussels. Our flight was at 9pm, we figured a short day trip is do able! 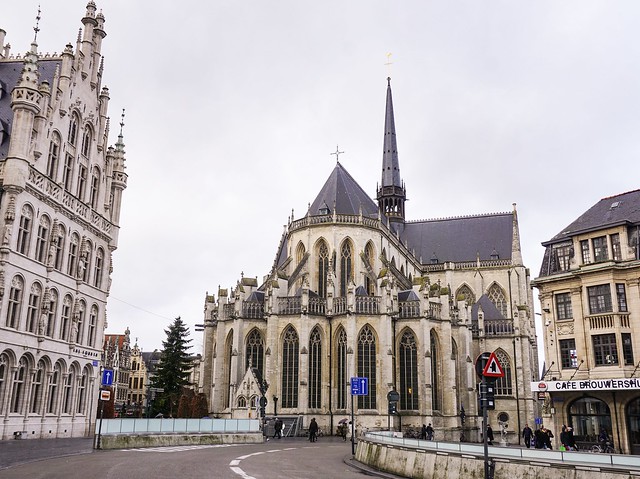 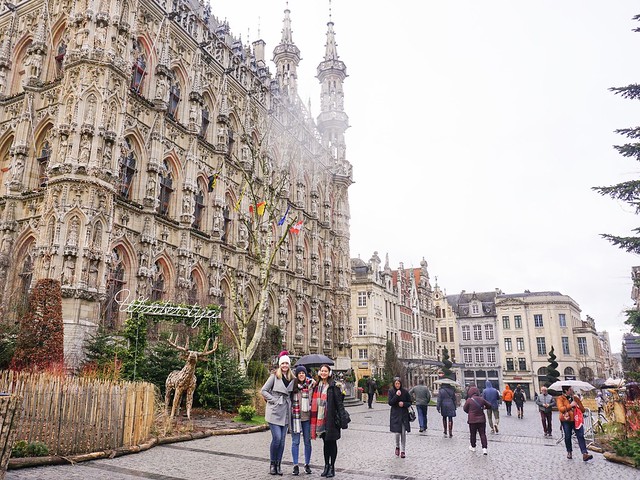 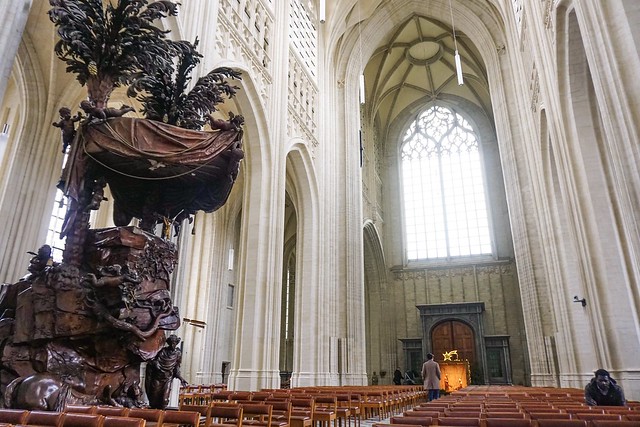 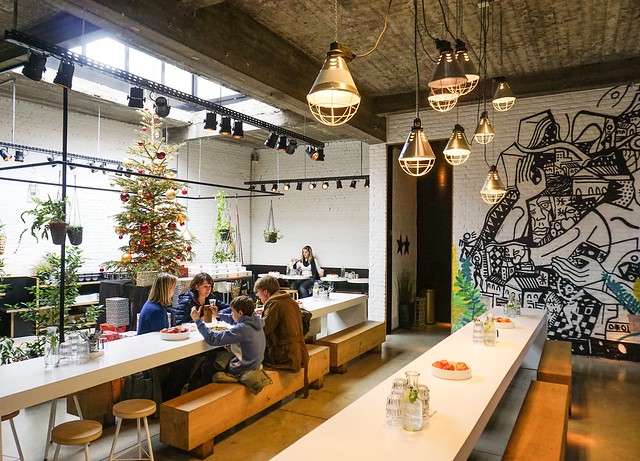 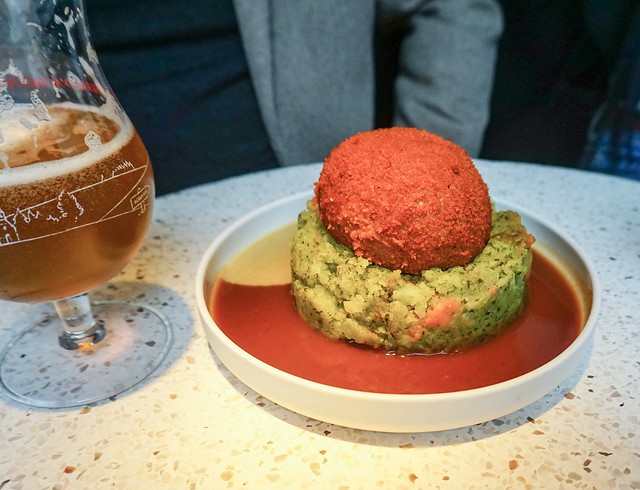 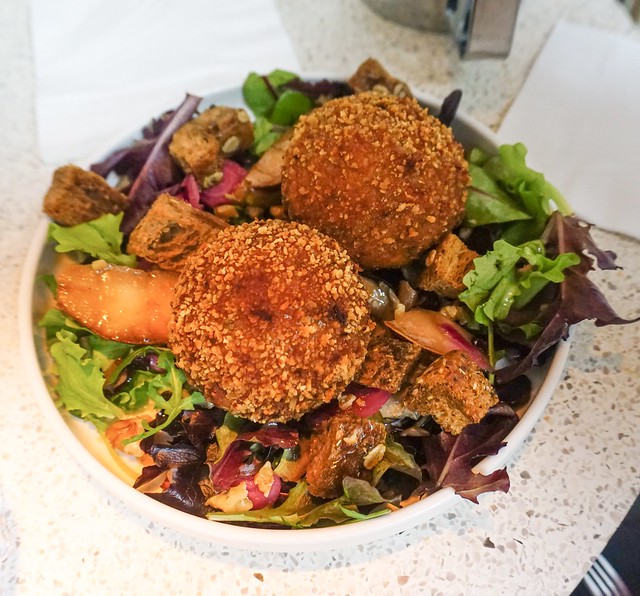 The Town Hall all lit up at night. 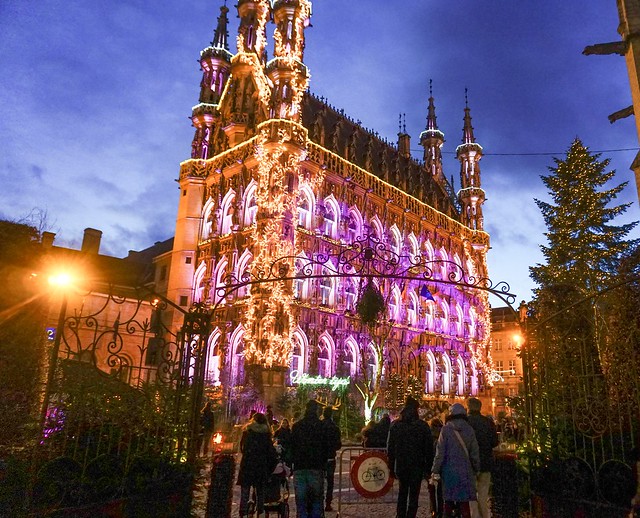 Overall Belgium is so beautiful and easy to get around making it a perfect weekend getaway, but an even better Christmas break!

One thought on “Can I tell you a story about the time I went to Belgium?”