I thought spending a week in Malta was too long, but it was actually the perfect amount of time for me to see everything!

Back on the road again, backpacking my way through my two months’ worth of travelling. I should note the reason why I’ve decided to backpack is because, part of me felt I missed that opportunity when I was younger. Most people would backpack during their gap year or after university before they start their career. I jumped from one stage of my life to the next fairly quickly, and in a way that is how I’m programmed. I am constantly on the move and my mind is constantly filled with curiosity. Backpacking has been really good for me, it forces me to slow down, to appreciate time and people a lot more. I have to always ask myself, why are you in such a hurry? Every time I’m waiting for service, or waiting for a delayed bus – I have to remember I don’t have anywhere else to go haha, the beauty of solo travelling – you make up the rules!

I know it’s a bit strange at this age in my life I’m choosing to backpack, staying in hostels and still making friends, considering I have a job and can look after myself financially. The best part of travelling is the kindness from strangers who offers to pay for your bus ticket, or people feeding you when you’re lost and hungry, these are the values you won’t find if you’re cooped up in a hotel or going to places via taxis.

After landing in Malta from Spain, I went straight to the bus booth in the airport and asked them if there was a 7 day bus ticket, luckily there was! I paid a bit extra to get inclusion of the Blue Lagoon ferry as well, totaling to €39. I thought it was great value, but it depends if you were going to be using the bus as often as I did. A single bus ticket is €1.50 for one hour.

After checking in my hostel in Sliema, I decided to spend the remainder of the day in Valletta – which is the capital of Malta.

I found Valletta very cool, all those alleyways with hidden bars and restaurants, and it’s a great location to be watching the sunset.

You can catch the bus to Valletta – just about every bus will go there as it terminates/starts in Valletta. Or you can catch a 10 mins ferry from Sliema. 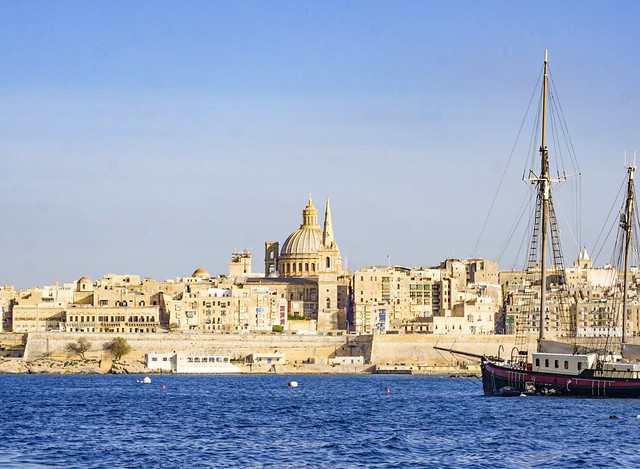 View of Valletta at sunset from the ferry. 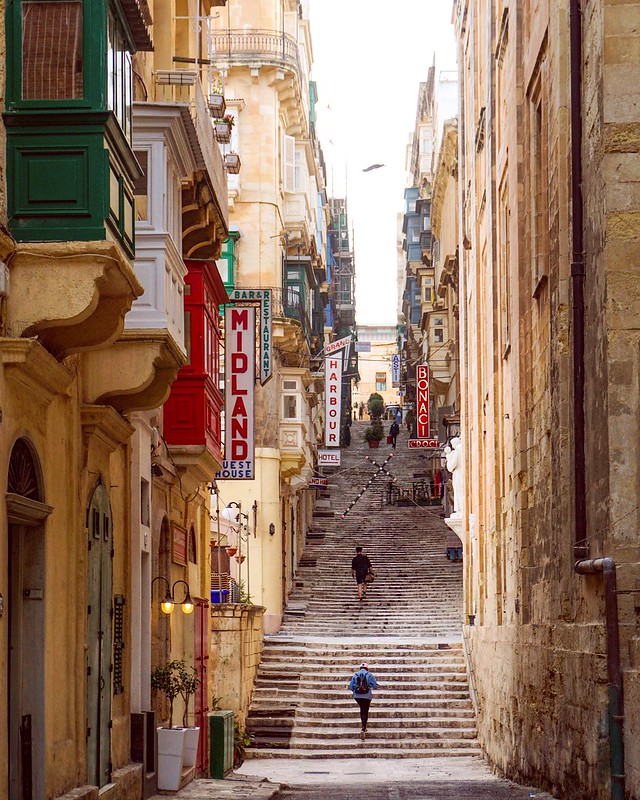 Exploring the streets and alleyways of Valletta. 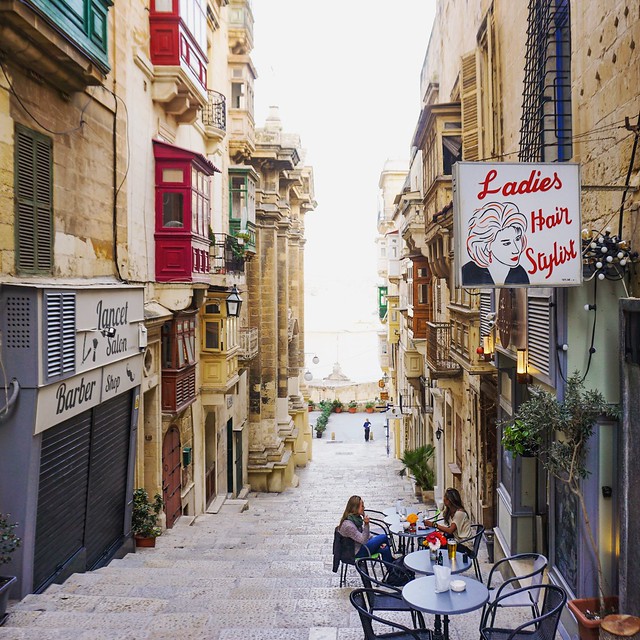 After grabbing a light meal, I headed back to Sliema to take a nice long stroll along the harbour and ended up seeing St Julian’s Spinola Bay. 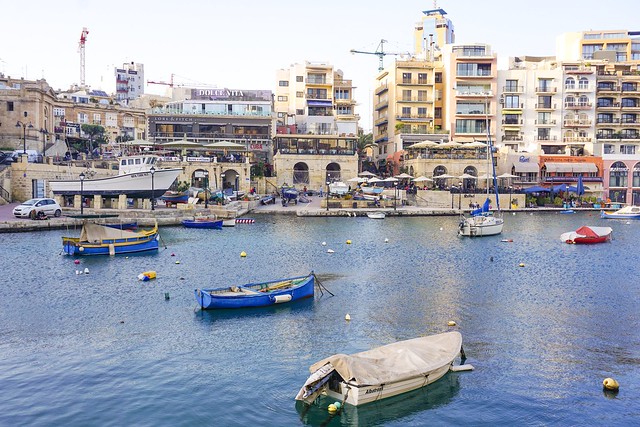 The next day I decided to make the most of the sunshine and went to the Blue Lagoon. Even though it’s now April, the weather was not as hot as I would have liked it to be, a cool 20 degrees – still not warm enough for me to get in the water. But it doesn’t stop the other Europeans!

The ferry to the Blue Lagoon will take about 1hr to get there and then you’ll have free time for 3 hrs before they start making their way back to the mainland.

The Blue Lagoon is on the small island of Comino, situated in between the main island Malta and Gozo. The bluest water I have ever seen, and it’s a popular tourist destination and I can see why – it’s definitely something you should experience. 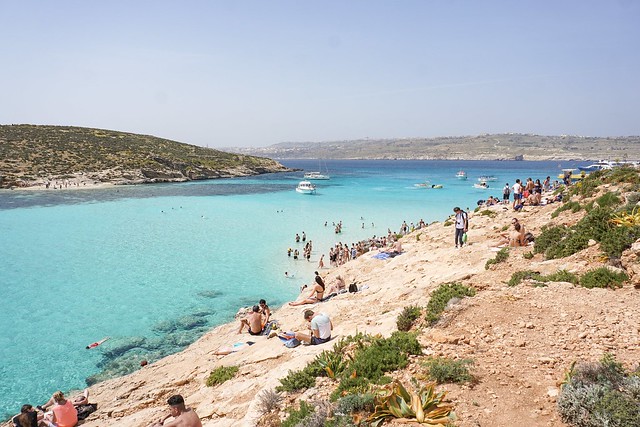 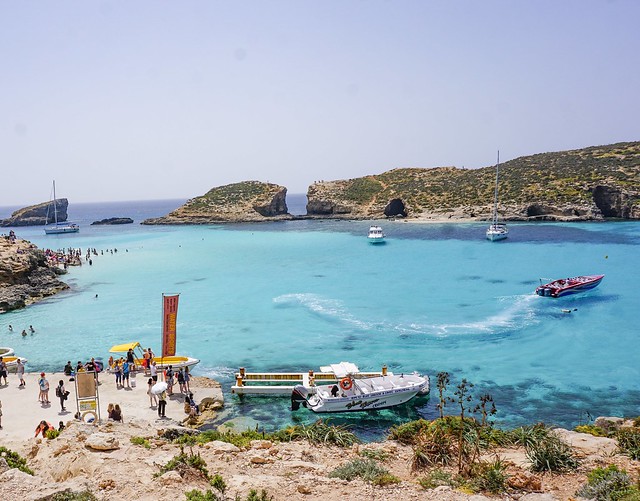 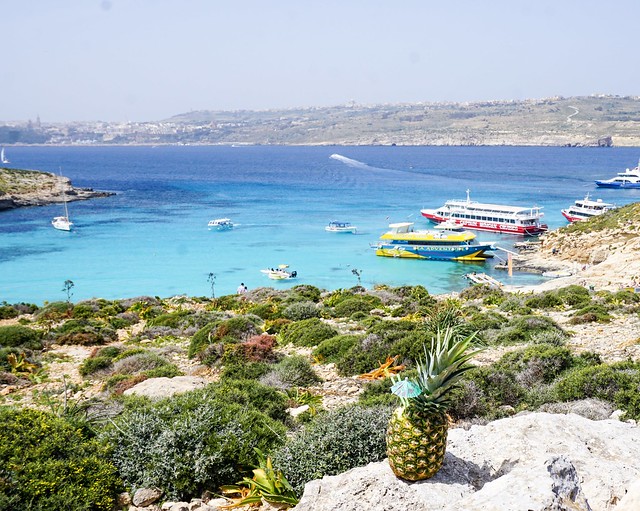 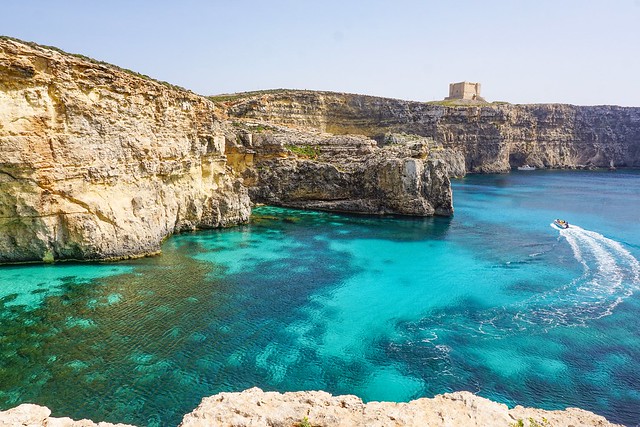 I also paid extra for a boat excursion to check out some of the caves surrounding the island. 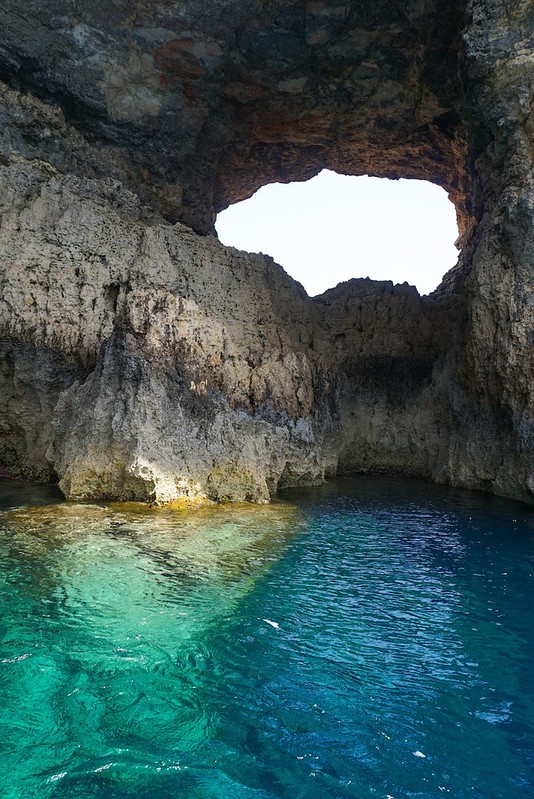 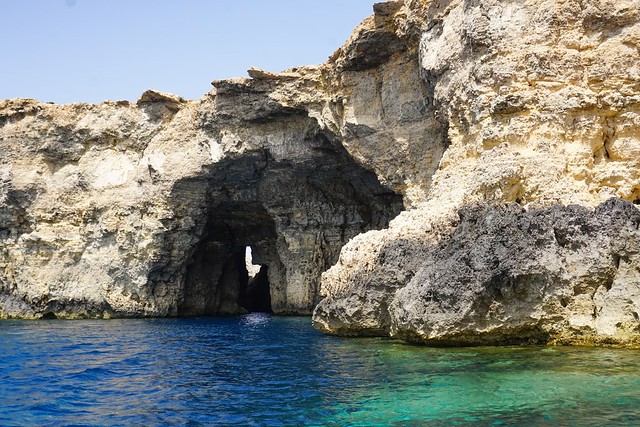 I don’t know whether I would recommend this excursion to everyone, I thought it was lovely, but to be honest I have seen better caves before, plus with this one you don’t get to go inside the caves.

The following day I went exploring one of the more popular towns, Mdina.

Rich in history and still preserving their historic identity, this fortified town is breathtaking. 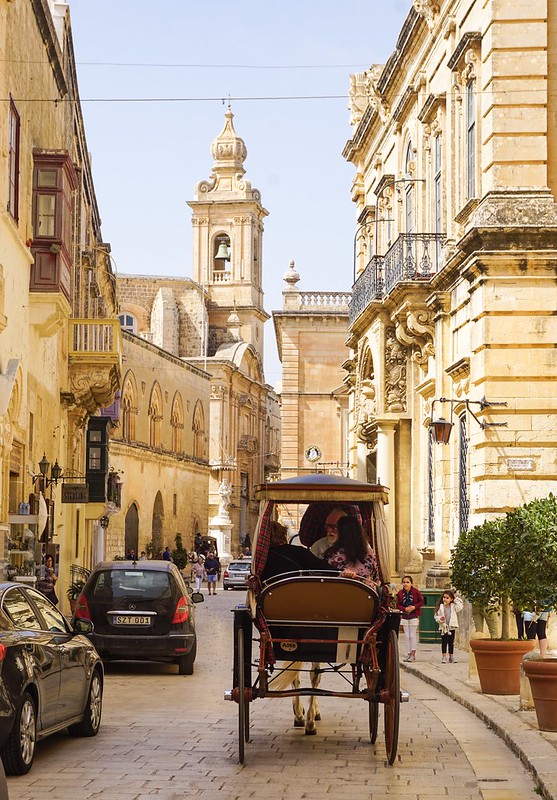 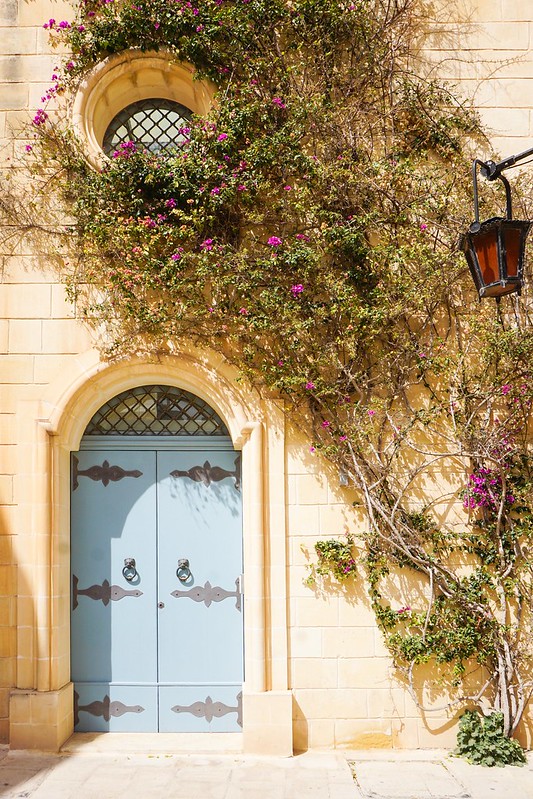 I got a little obsessed with taking photos of beautiful doors. 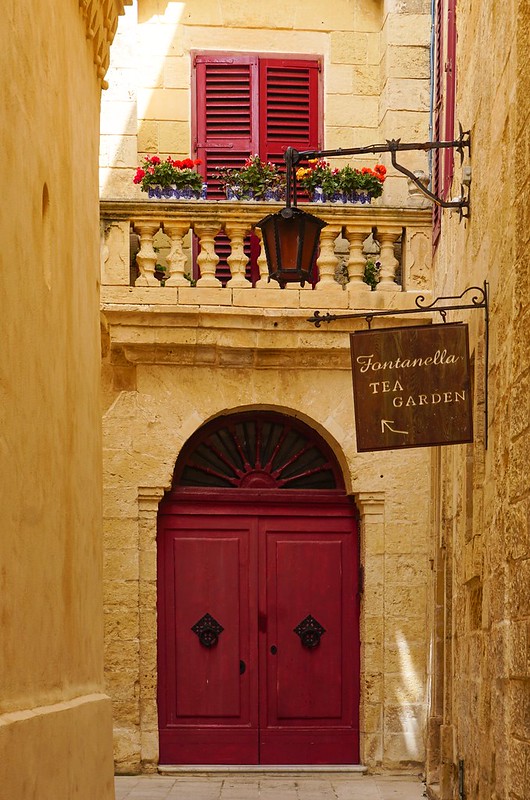 I should also note that Malta is heavily Roman Catholics, and there are many cathedrals around the country, and they’re all grand and beautiful!

The next few days I took some time out to relax, catch up on my reading and taking it slow in exploring the small gems of Malta.

Like the Popeye Village, which was a movie set which they decided to permanently keep and is now a children’s amusement park. 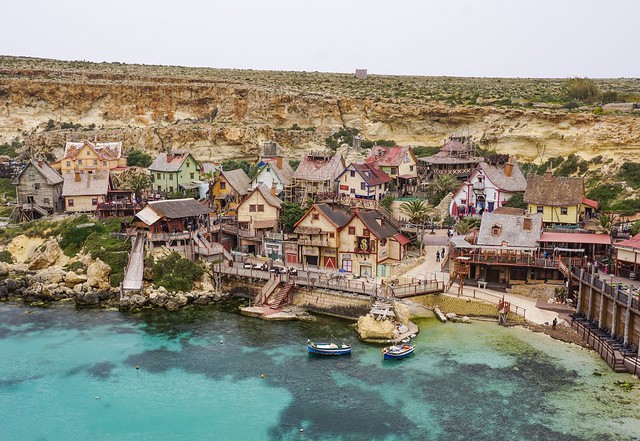 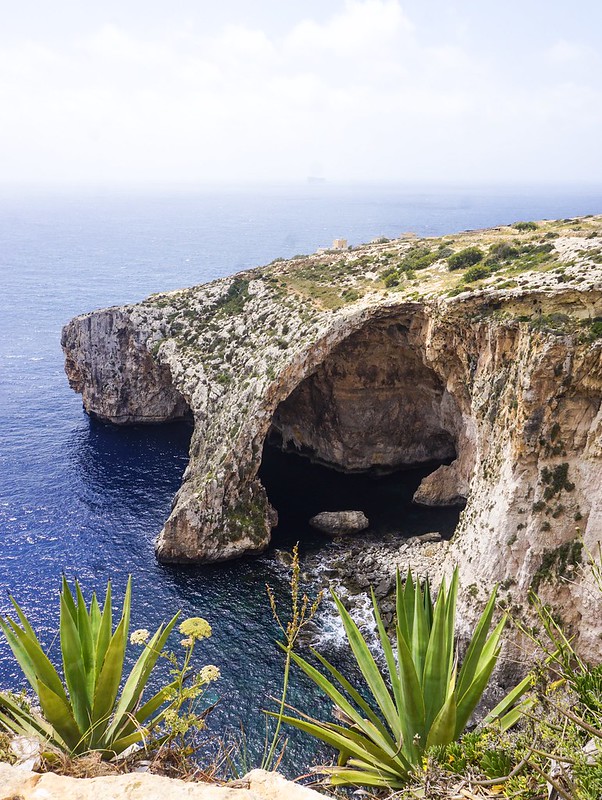 I also got addicted to eating these Ricotta Pastizzi, and it was so cheap! 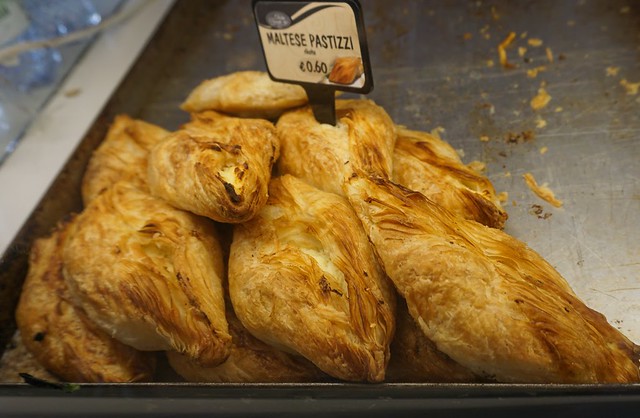 I visited Gozo, the other island, as a day trip. You catch the bus to Cirkewwa, then a ferry direct to Gozo, return ticket of €4.65. There is also an option of taking your car on the ferry too, for those who decided to hire a car.

I really enjoyed Gozo, I thought it was beautiful, but I felt I couldn’t see everything as the bus scheduling was really bad – most destinations would only come once every hour! 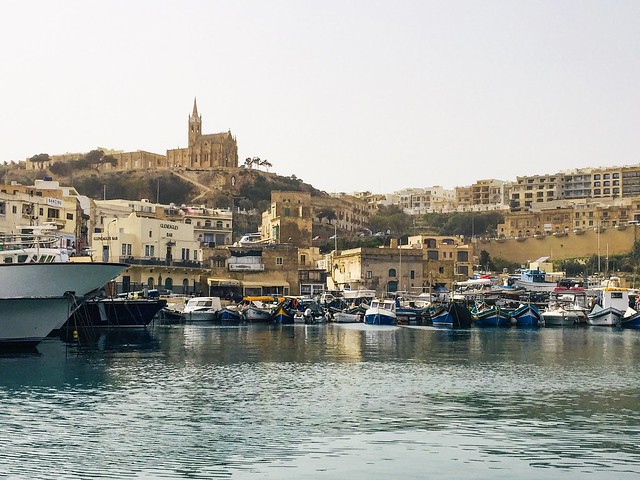 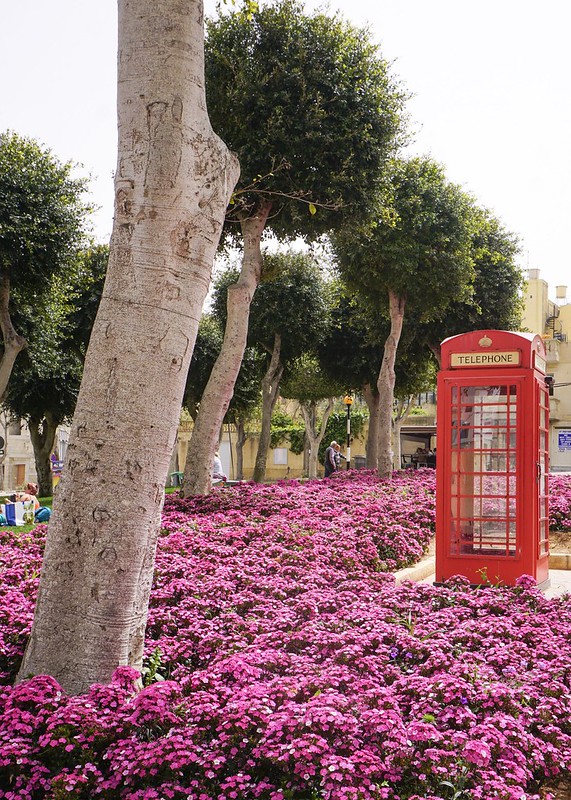 An interesting fact about Malta, it was under the ruling of the British Empire until the 1960s. Still to this day, you can see a lot of the English influences, for example they drive on the left side of the road, their power point is the same as the UK, and the British telephone boxes are still being used. 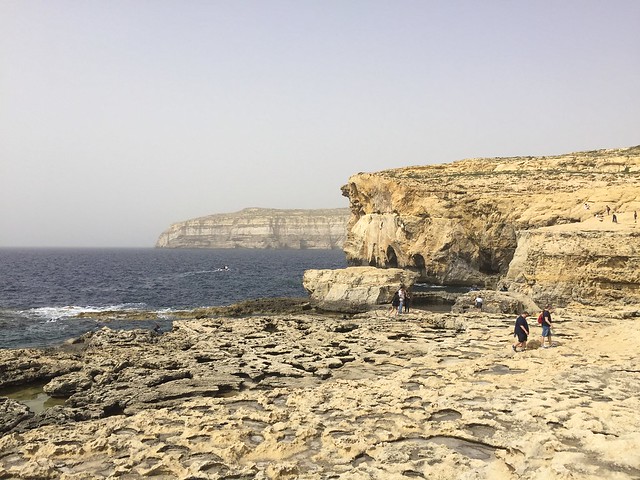 Also, to my disappointment I went all the way to the other side of Gozo to see the famous Azure Window – only to find out that it was destroyed during a big storm 12 months prior! Absolutely gutted! You can google the before picture, but this is my after picture.

So I went exploring Cittedella instead. 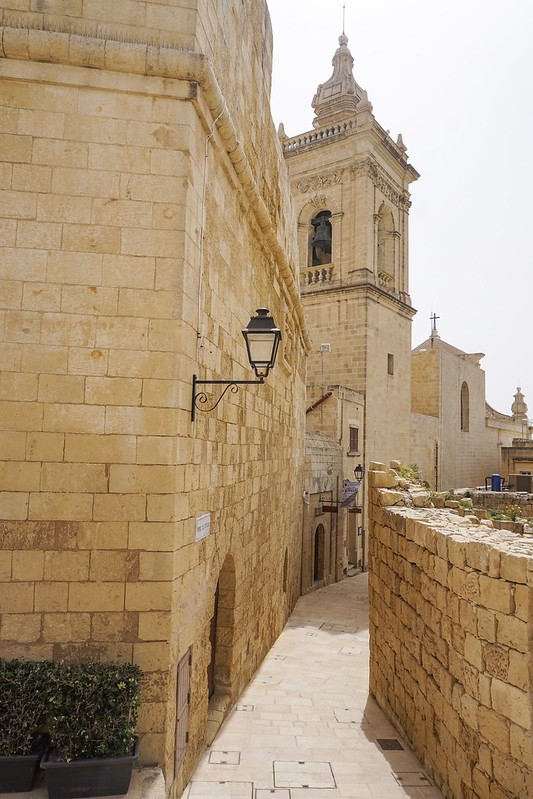 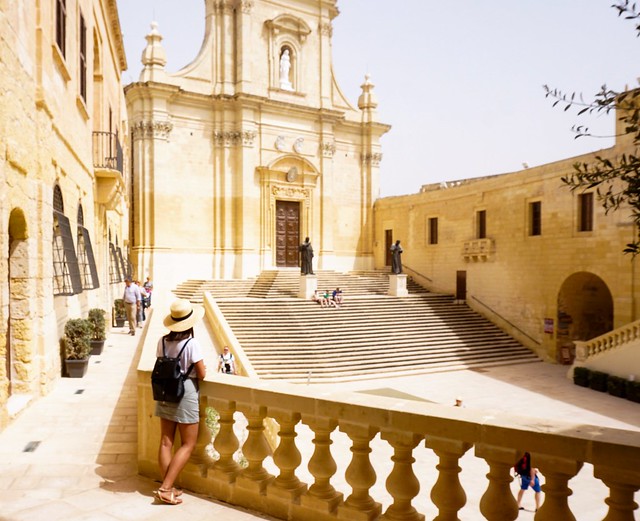 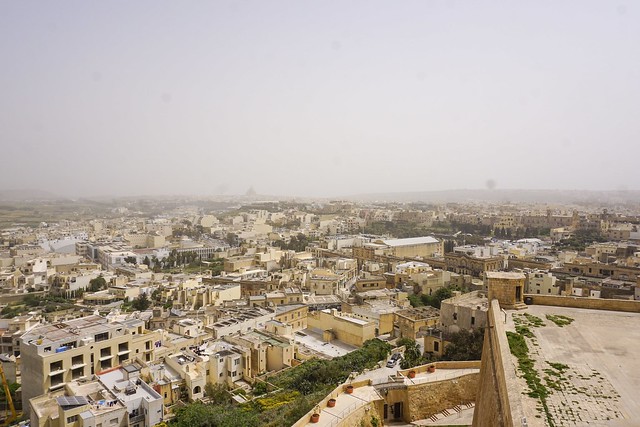 On my last days of my week in Malta, I explored the quieter town of Marsaskala. 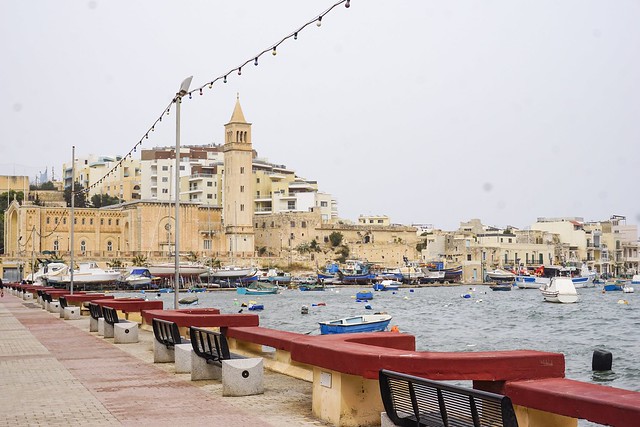 And the little fisherman town of Marsaxlokk, with the traditional Maltese boats luzzu. 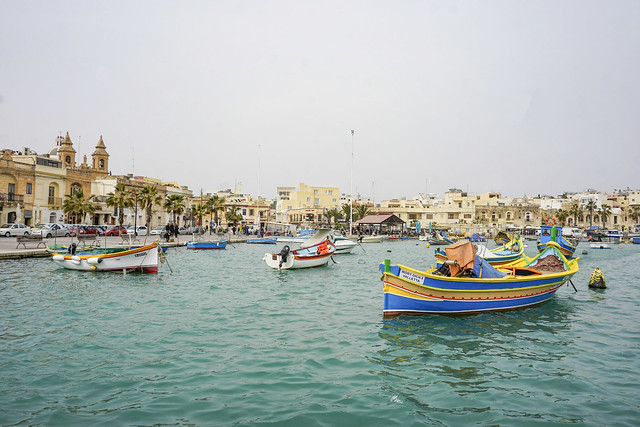 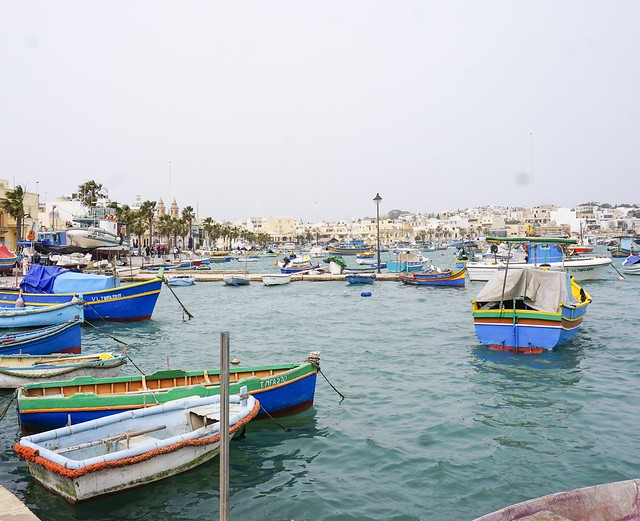 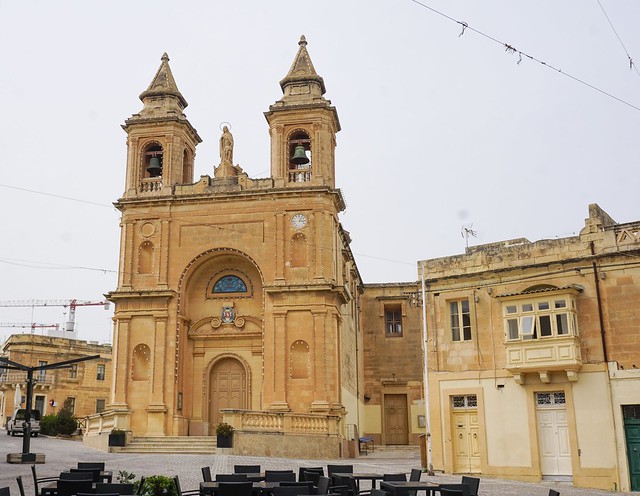 Then for a last time, I hit the beach at Għajn Tuffieħa Bay. 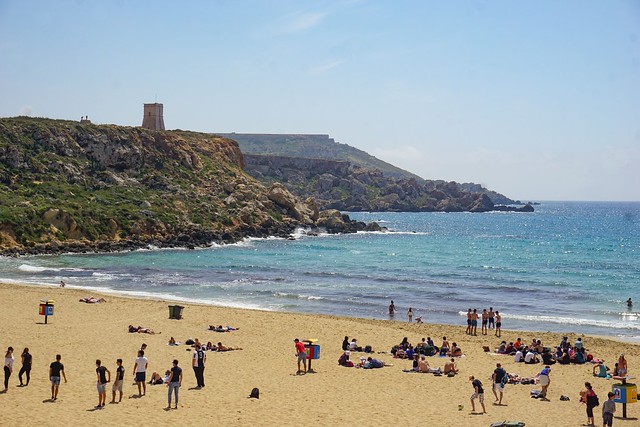 I think my time in Malta was spent wisely, especially when it wasn’t too crowded yet. I can’t even imagine the amount of tourist and how busy the bus system would get during summer! You can easily do Malta in 3-4 days, if you plan your trip correctly!