As you know, I have a secret love affair with Italy. Okay, it’s not so secretive seeing as I keep returning to Italy again and again. Basically, any excuse to go back there will do!

I figured, since I was already in Malta and it was so close to Italy, it would be rude to not do a stopover there, right? Plus flights from Malta to Bari was an absolute steal!

I flew to Bari on a Wednesday, hence why it was so cheap. I stayed for 3 days, which was enough to see Puglia but you can easily stay there longer and visit the smaller towns.

I based myself in Bari and did day trips out to see the smaller towns via the train. Just be cautious that similar to Spain, Italians also have siestas around 3pm – 8pm, everything will be closed.  I was lucky enough to stay in a guesthouse where my host had all the train schedules written down for me, and instructions on how and where to buy train tickets. For those who don’t know, not all stations will be equipped with a ticket machine. If they don’t, then you will have to go searching for a Tobacco shop to purchase your train or bus ticket. You must buy a ticket because on every train there will be a guard who comes around to validate your ticket.

My first day in Bari consisted on mostly exploring the old town, and of course indulging in Italian food and gelato. At this point in my travels, I am convinced 80% of my body weight is gelato – I am practically a walking gelato. Not only have I been eating it everyday, but some days twice or even three times! 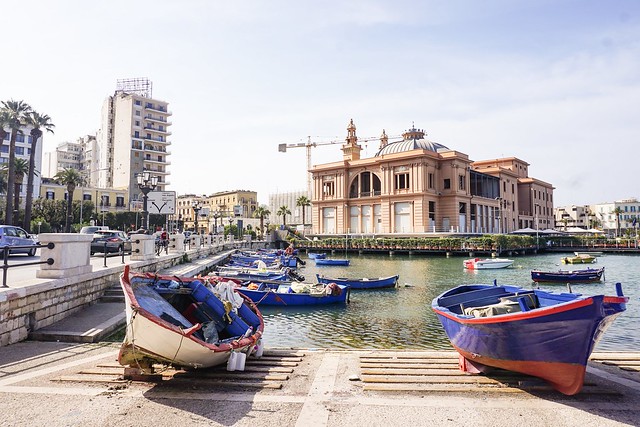 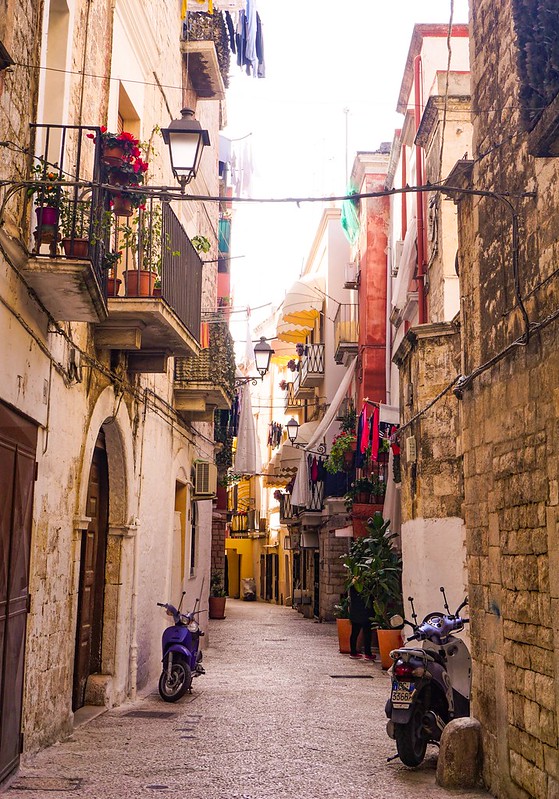 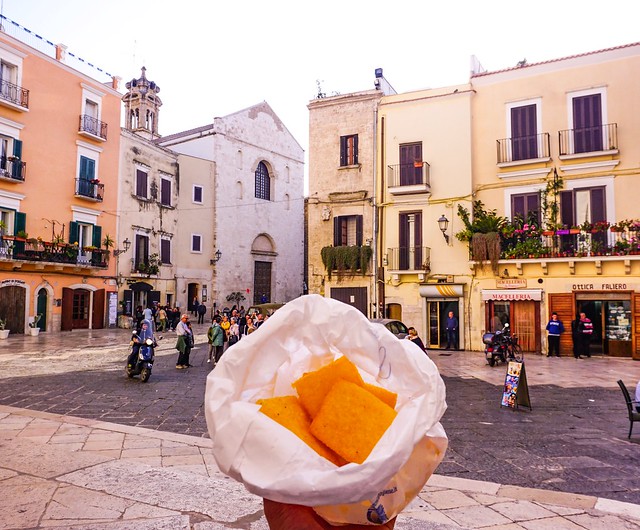 Had to make a stop at Maria delle Sgagliozze’s famous polenta fries, at €1 for 6, it’s hard not to come back for more!

Her shop can be a bit hard to miss, as it’s literally an open door in the corner of a street. 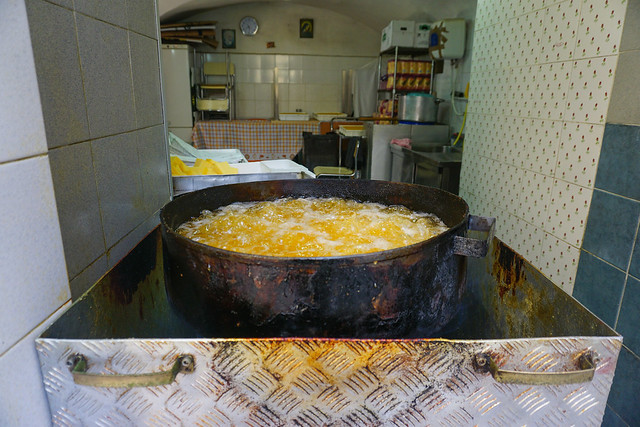 While walking around old town you will also find people sitting outside their house making the pasta specialty in the region, Orecchiette. 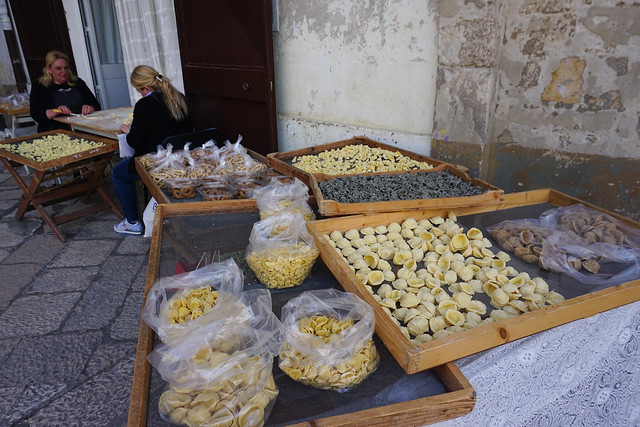 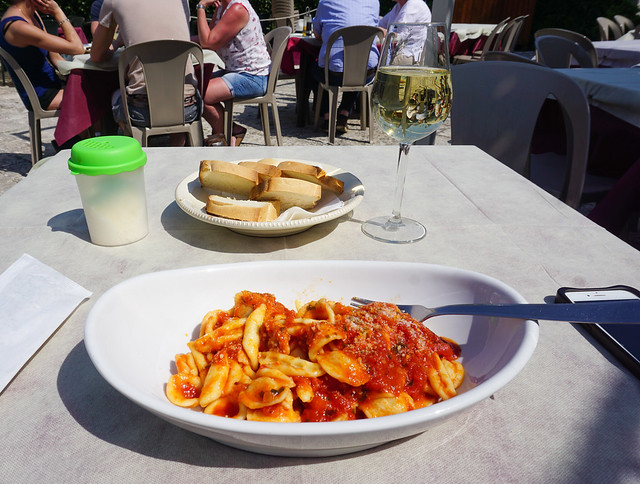 Obviously, you have to have an Italian Coffee while you’re in Italy. I had a coffee freddo, don’t know how they get the milk so creamy and smooth! 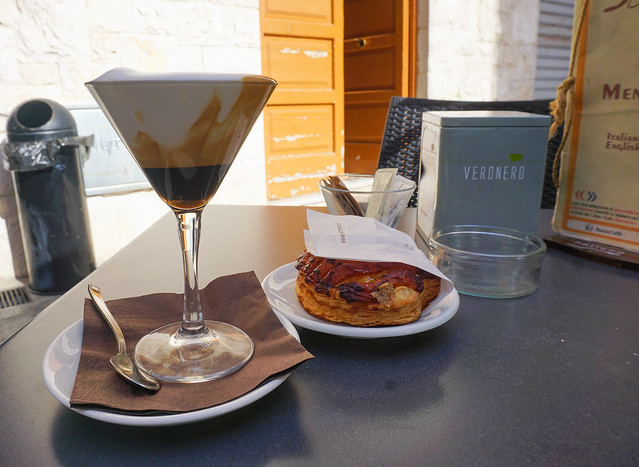 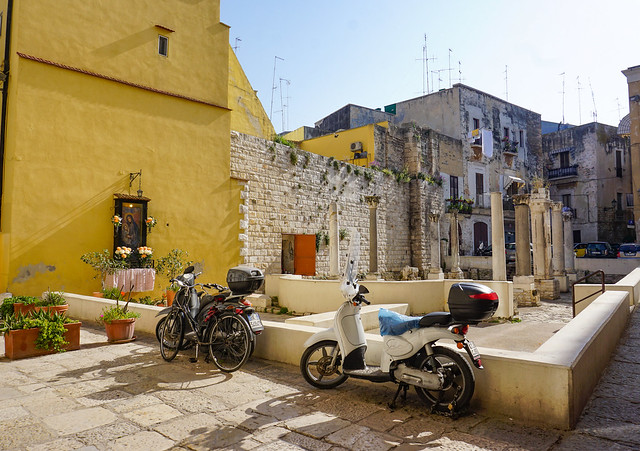 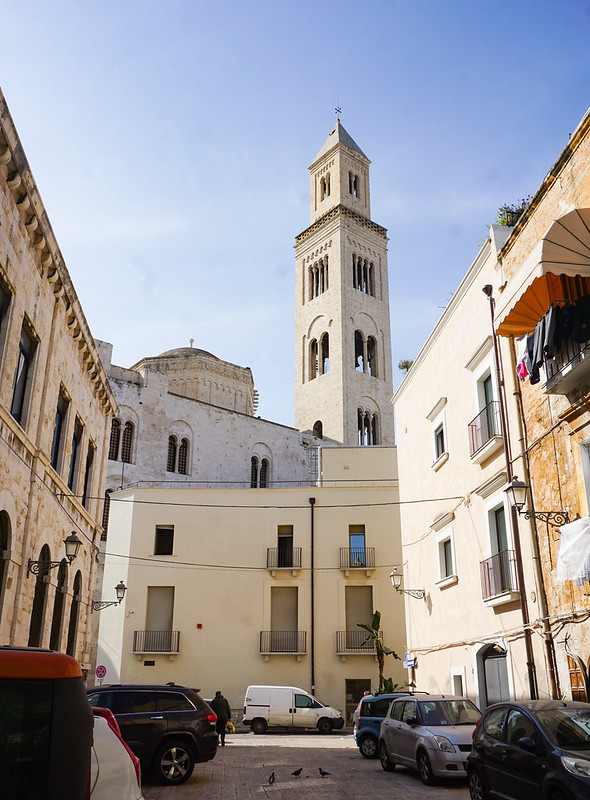 I also recommend you make a stop by Mastro Ciccio, best sandwich I have ever tasted!

Yes, that’s right I had broccoli in my sandwich! 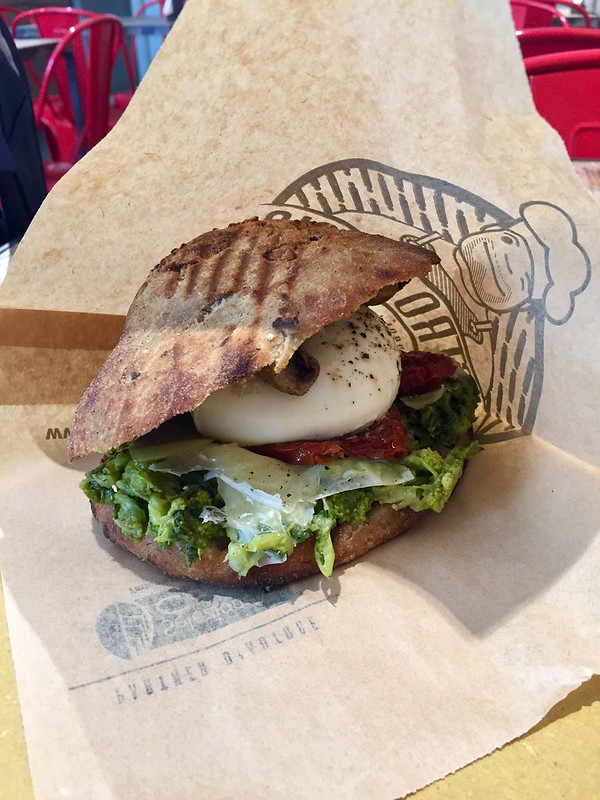 The next day I jumped on a train and headed out to the little town of white trulli houses Alberobello, 1.5 hrs from Bari.

These traditional homes were built in the 18th Century, mainly to keep cool during summer and warm during winter. Traditionally, they are small and usually contains 2 rooms and a small kitchen. These days, they are extended into a larger house, or used as a storage room.  Alberobello is also a UNESCO town, I think my trips have now revolved around visiting one UNESCO town after another. 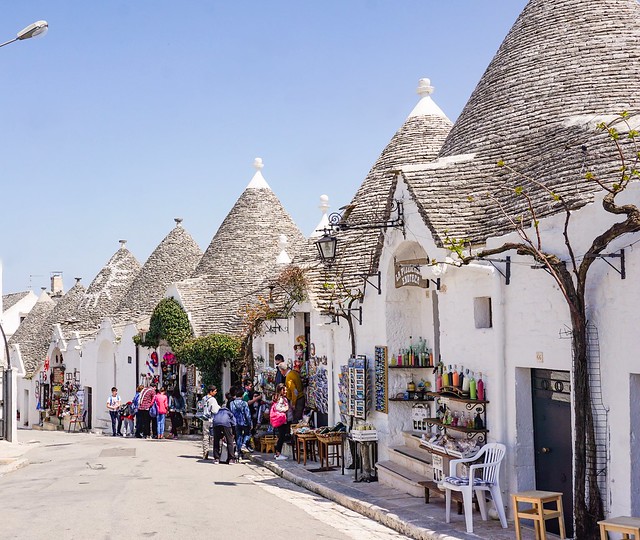 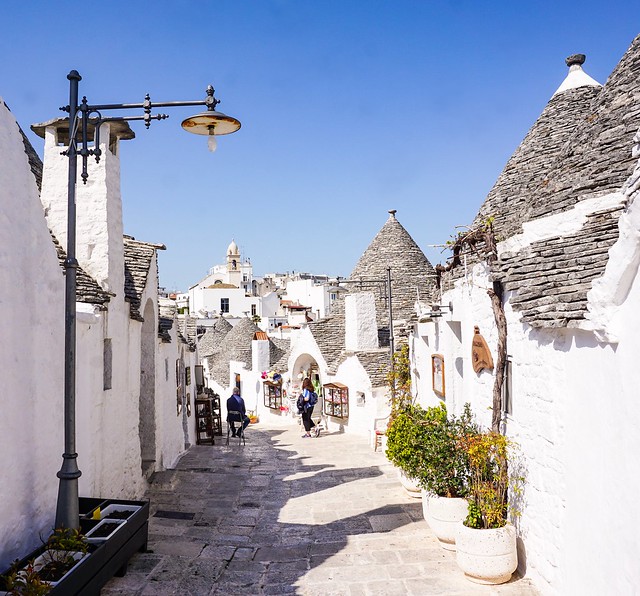 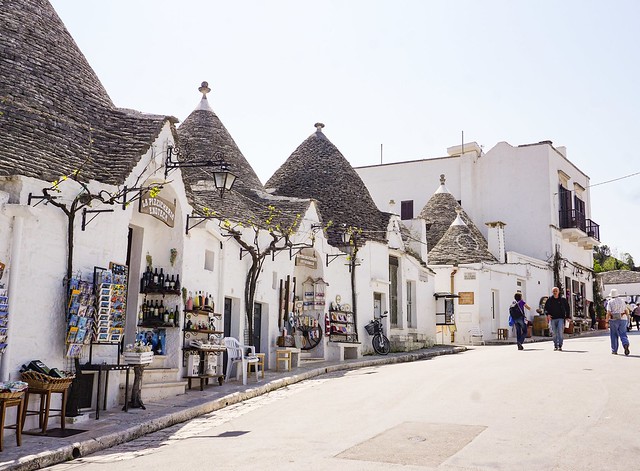 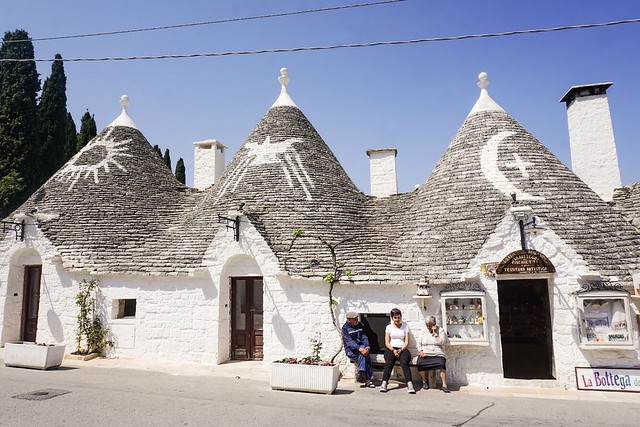 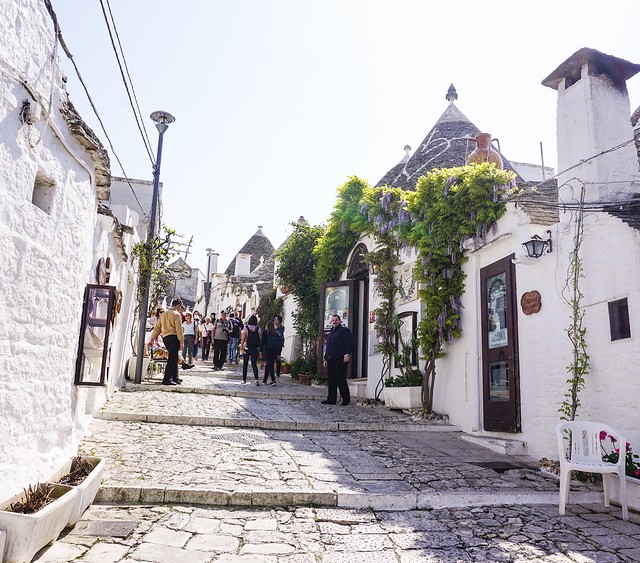 It is also quite touristy, I would recommend you go either early in the day or late in the afternoon. I spent roughly 3 hours walking around the town, and having lunch.

After this visit, I jumped on the train to go further south, one stop away is a small town of Locorotondo. Even though I was here less than an hour, it was still worth the short walk around the town exploring the cute little alleyways. 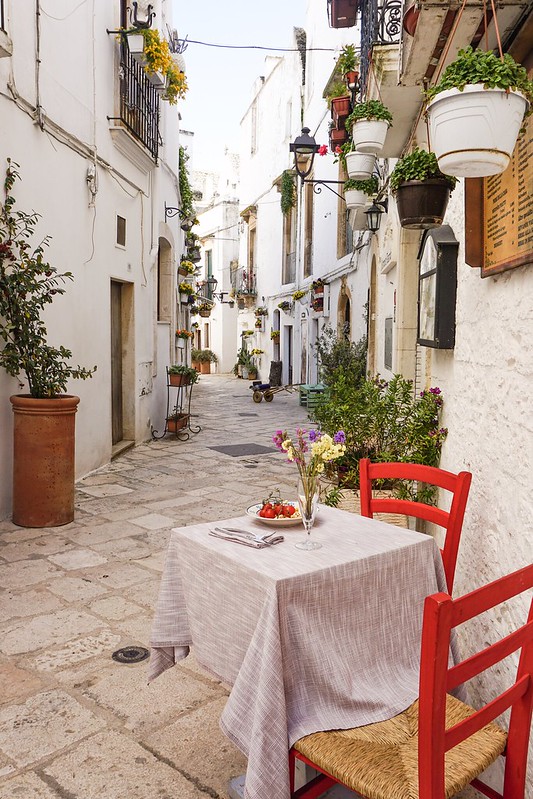 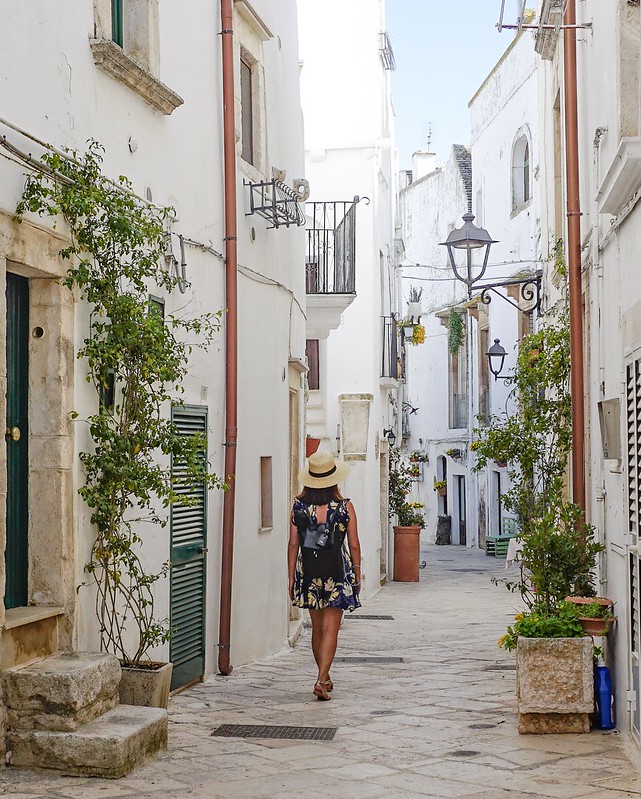 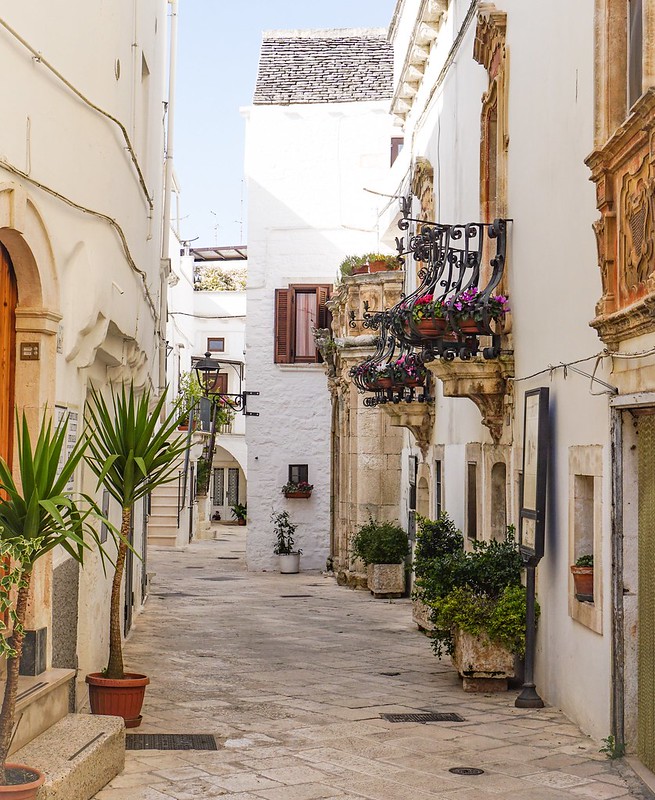 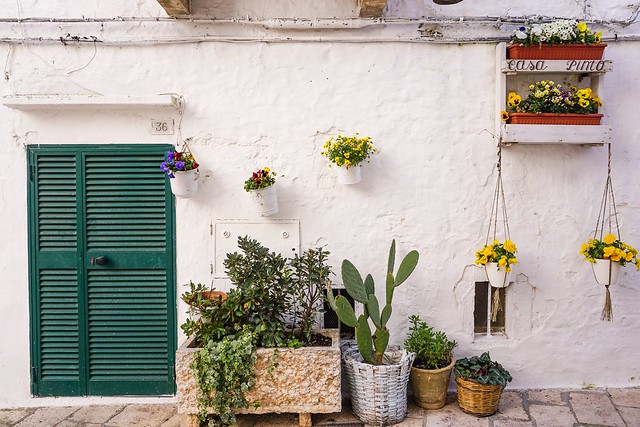 On my third day in Puglia, I visited the town of Polignano a Mare, a coastal town 30mins outside of Bari. It’s a quiet seaside town for April, but I’m sure during summer it’s a different a story. 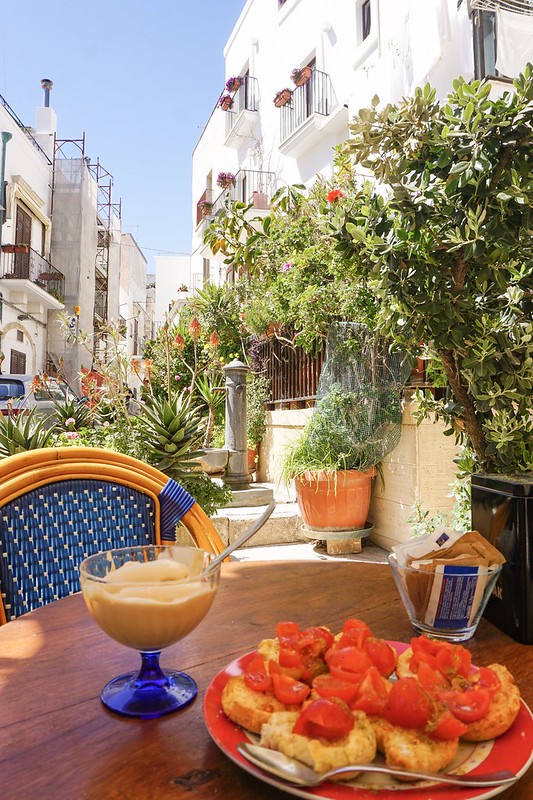 It is also the home of the famous restaurant Grotta Palazzese. Unfortunately you need to make reservations for dinner, and it was closed for lunch when I was there. 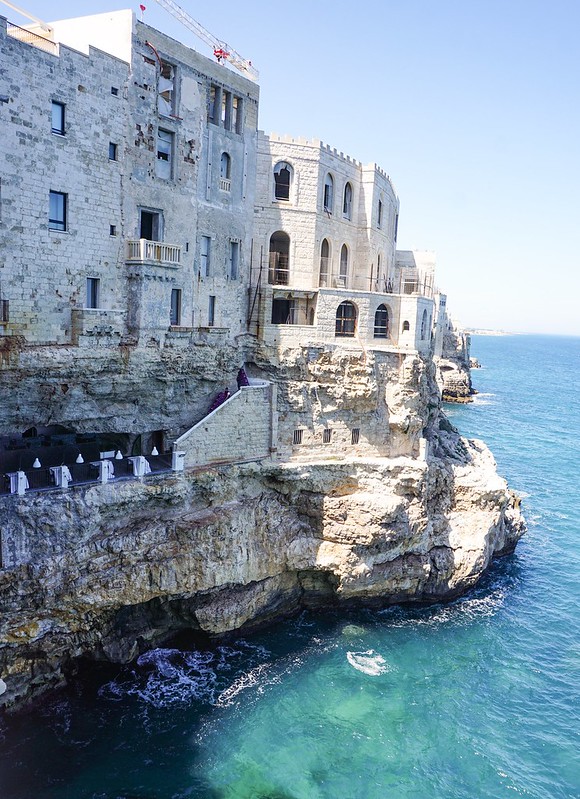 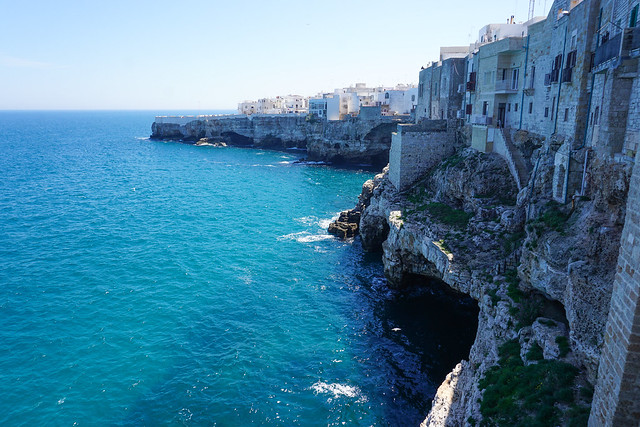 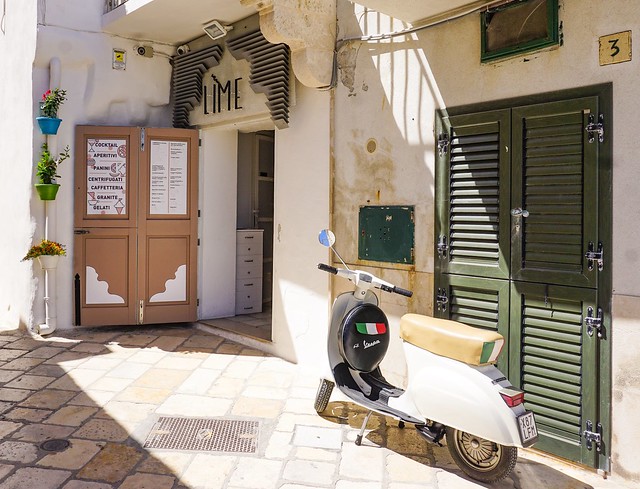 And of course beautiful beaches, what Southern Italy is known for. 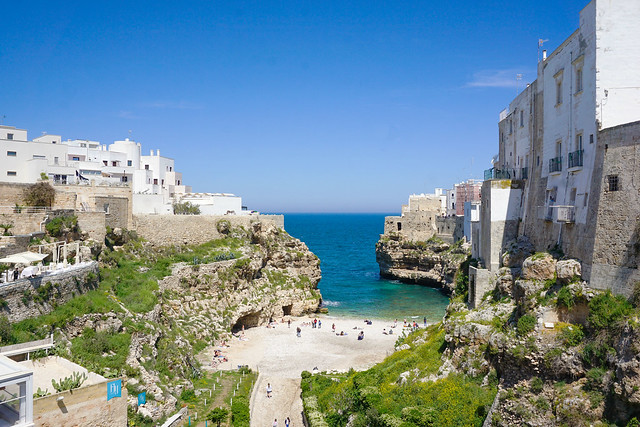 Then I caught the train 10mins to another small seaside town called Monopoli. 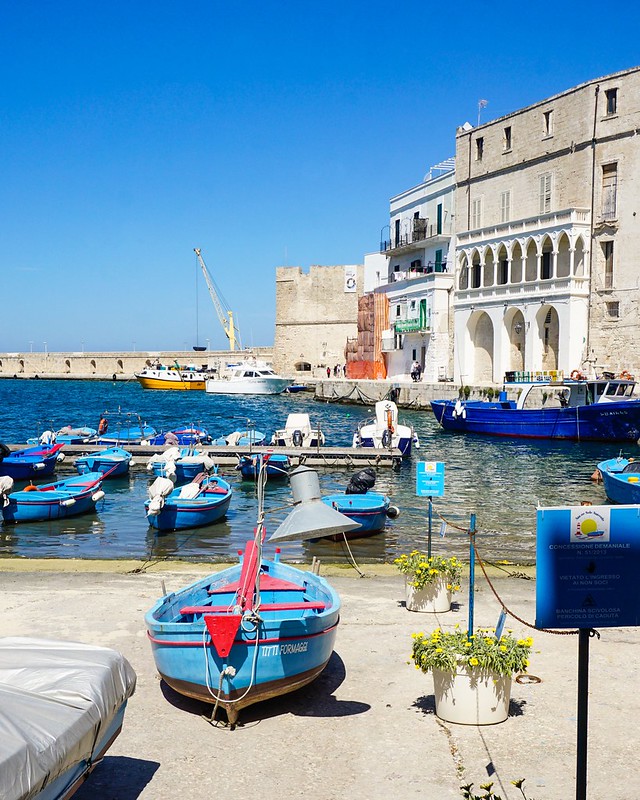 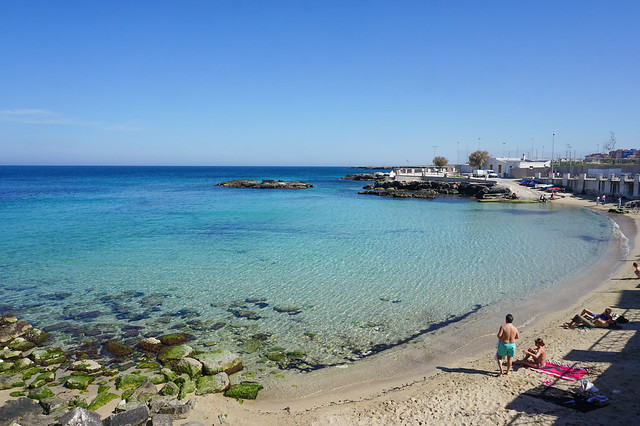 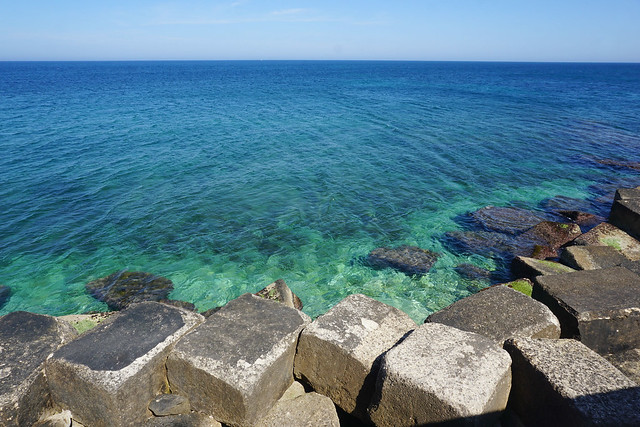 Monopoli is a fishing village, it’s a nice walk around town too with all the colourful houses and sitting in the main square sipping coffee. Oh the Italian life!

That wraps up my Puglia trip but I’m sure I will be back in Italy again soon enough!

One thought on “Can I tell you a story about the time I went to Italy’s Puglia region?”